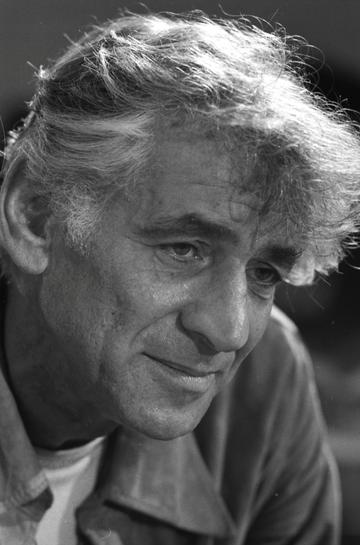 (Reuters) – For some, Leonard Bernstein was the person who opened up the world of classical music for the first time. Others played in his orchestras. One man remembers hearing of Bernstein’s death as a 9-year-old.

Composer, conductor and teacher, Bernstein touched the lives of millions of people around the world during his 50-year career, and now they have a chance to tell their stories for generations to come.

“There were so many people that were moved and inspired by Leonard Bernstein, not only in a public way but in a very personal way,” said the conductor’s longtime personal assistant, Craig Urquhart.

The Leonard Bernstein Memory Project invites fans, friends or just people who were influenced by his work to contribute brief anecdotes, photos or videos online.

The project is part of a two-year centenary celebration of the musician’s life and work called Leonard Bernstein at 100 that starts in September and will feature more than 1,000 concerts and celebrations around the world.

“We hope to hear from people who studied with him, musicians who performed with him in orchestras,” Urquhart said.

Bernstein, the longtime director of the New York Philharmonic, was known for the emotion he brought to his conducting and interpretation of classical works. He died in 1990, leaving a legacy that includes popular musicals like “West Side Story,” television lectures and hundreds of recordings.

Jacob Slattery, who is building the Leonard Bernstein Memory Project website (leonardbernstein.com/memories), calls it a “digital quilt of remembrance.”

“It’s a very unique thing. I can’t think of other artists who have this digital memorial in the way that Leonard Bernstein will do,” Slattery said.

Urquhart said Bernstein, whose Facebook page has some 320,000 followers, was happy to spend time with fans after concerts “sometimes to the chagrin of his hosts. He would stay for an hour, or an hour and a half to interact with them.”One memory already submitted comes from Matt Walter in Los Angeles, who recalled his 9-year-old self seeing his mother’s grief at hearing the news of Bernstein’s death at age 72.

“I felt a strange and unsettling loss, like my own grandfather had died, without even knowing who the man was,” Walter wrote. “Later on in life, I listened to Leonard’s recordings, read his biographies, watched his Young People’s concerts and lectures, and came to know and love him almost like he was a friend.”

The project and the centennial celebration also aim to introduce Bernstein to people born after his death.

“There is a whole generation of people who didn’t know Bernstein personally, or who never had the opportunity to hear him conduct, but their lives were affected by him even after he passed away,” Urquhart said.