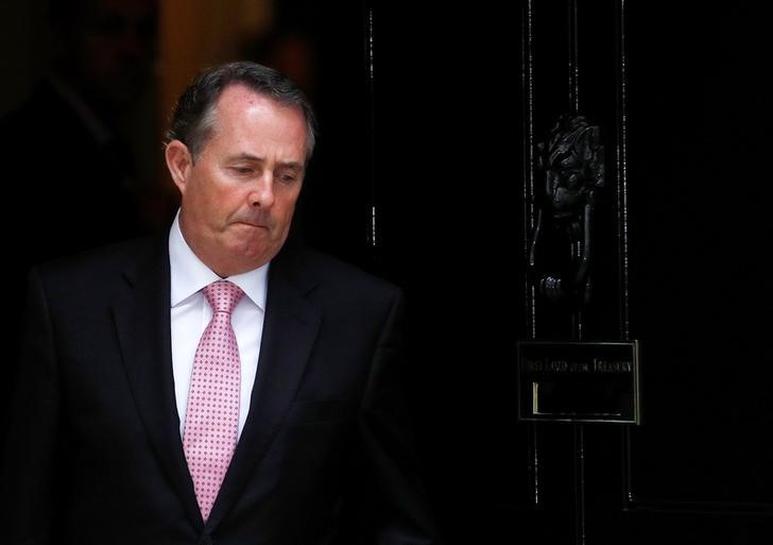 LONDON (Reuters) – Trade minister Liam Fox said on Sunday he would be happy to accept a transitional period when Britain leaves the European Union but that it must be within a time limit and give Britain the freedom to negotiate its own trade deals.

Earlier on Sunday, Chancellor Philip Hammond had said senior British government ministers were becoming convinced of the need for transitional arrangements to reduce disruption as Britain leaves the EU.

“I don’t have a problem with the transition period as long as is time-limited,” Fox, who supported leaving the EU at last year’s referendum, told BBC TV.

“I want in a transitional period to be able to negotiate agreements at that point, what we can’t have is a putting off of the point where we have freedom to negotiate our trade agreements.”

Fox also said it would be “foolish” to go into the Brexit negotiations without being prepared to walk away, saying Britain’s negotiating partners needed to believe Britain would do so rather than accept a bad deal.