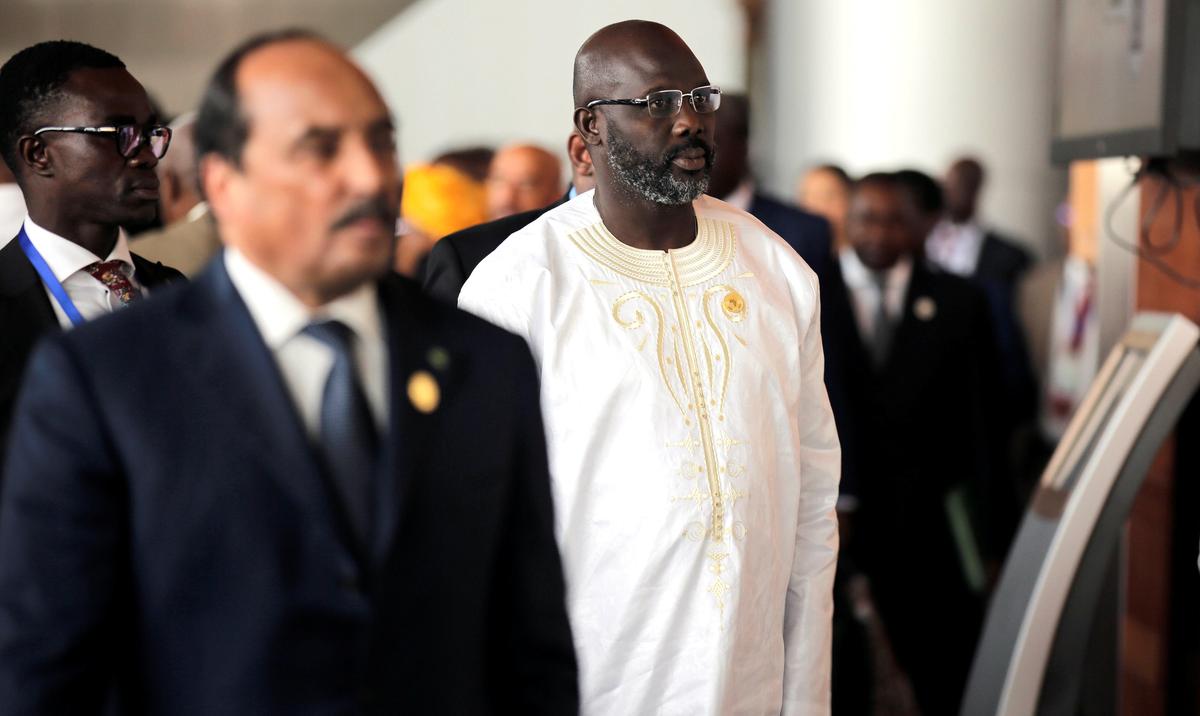 MONROVIA (Reuters) – Liberia’s new President George Weah has ordered a review of concessions entered into by previous administrations, the presidency said in a statement on Wednesday.

The statement said a committee would “review and ensure that all contracts entered into by the government of Liberia and concessionaires are executed according to agreed principles in accordance with the laws of Liberia.”

The nine-member panel will also determine if the government’s partners in those agreements had been fully implemented and met their performance requirements.

During the 12-year rule of Weah’s predecessor, Ellen Johnson Sirleaf, the government attracted around $15 billion in foreign investment, according to a finance ministry report.

However, the West African nation has been criticized by watchdog groups for signing away much of its public land to logging, palm oil and natural rubber companies.

Commentary: My harrowing brush with COVID-19 in New Delhi as India is ravaged
‘How will I cope if I fall sick?’: In India, COVID-19 spares no one
Vietnamese Mother, Son Draw Eight-Year Prison Terms for Land-Rights Activism
Singapore, Malaysia to begin cross-border travel scheme for death-related, critically ill emergency visits from May 17
India’s COVID-19 case total nears 20 million