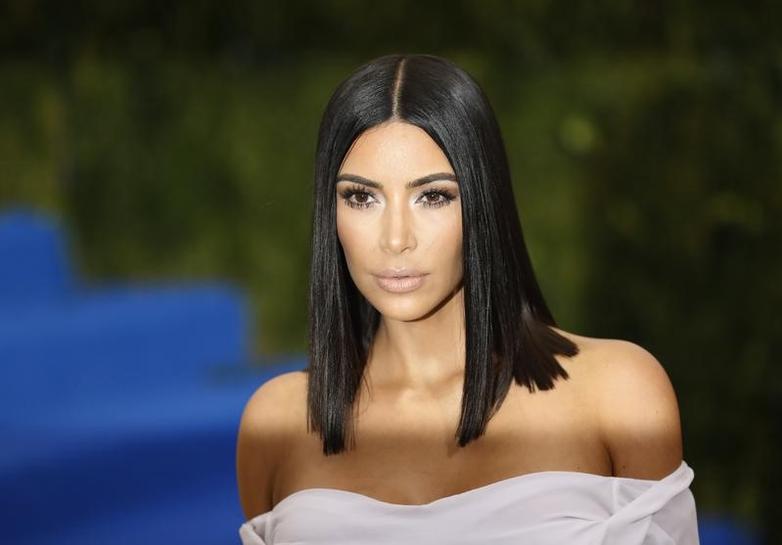 LOS ANGELES (Reuters) – Reality star Kim Kardashian has shot down speculation that she is using cocaine, saying white lines seen on a table in one of her social media postings were in fact the markings on a marble table.

A Snapchat video posting on Monday, with the table in the background, prompted 24 hours of rampant speculation on Twitter that the influential “Keeping Up With the Kardashians” mother of two had been caught out with cocaine.

Kardashian, 36, who has 101 million followers on Instagram, first responded on Tuesday by tweeting that the white lines were “sugar from our candy mess” from a New York store visit with her children with rapper Kanye West, North and Saint.

In a close-up video of the table, posted on her Twitter and Snapchat accounts later on Tuesday, Kardashian said that while she initially thought the lines were candy, they were instead the marble design on the table in their New York hotel room.

“That was not candy on my table! The table was marble this whole time!… C’mon. I don’t play like that… It’s just not my lifestyle – I’ve never been like that,” she said.

Kardashian is one of the most followed celebrities on social media, with a business empire in fashion and beauty that extends well beyond her TV reality show.