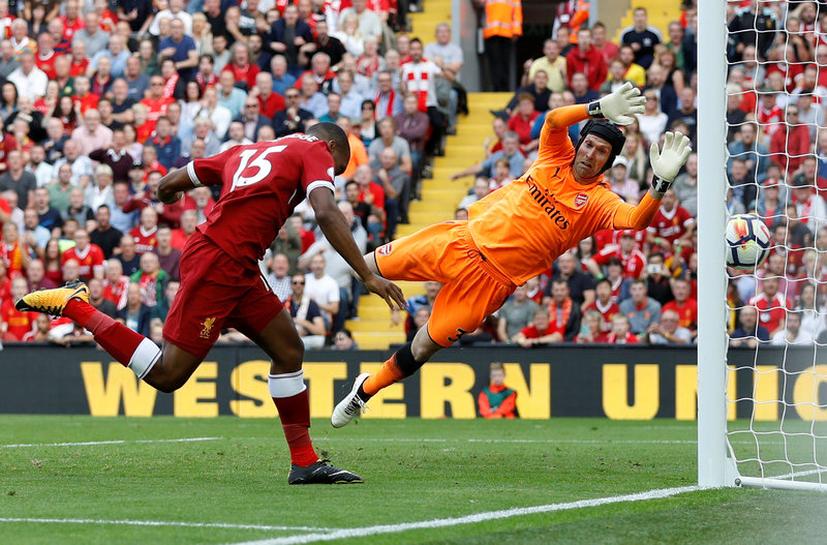 Aug 27 (Reuters) – Liverpool served up a thrilling display of attacking football as they ripped apart a woeful Arsenal 4-0 at Anfield in the Premier League on Sunday.

Juergen Klopp’s side went ahead in the 17th minute when full back Joe Gomez floated in a cross from the right and unmarked Brazilian Roberto Firmino headed home with ease.

Five minutes before the break, Liverpool broke with a flowing, passing move which ended with Sadio Mane cutting in from the left and driving a low shot into the far corner.

The contest was over in the 57th minute when Mohamed Salah stole the ball from a hesitant Hector Bellerin and burst from deep in his own half before coolly slotting past Arsenal keeper Petr Cech.

The effervescent Salah created the fourth with a cross from the left which was headed home by substitute Daniel Sturridge to complete a humiliating day for Arsenal and their manager Arsene Wenger.