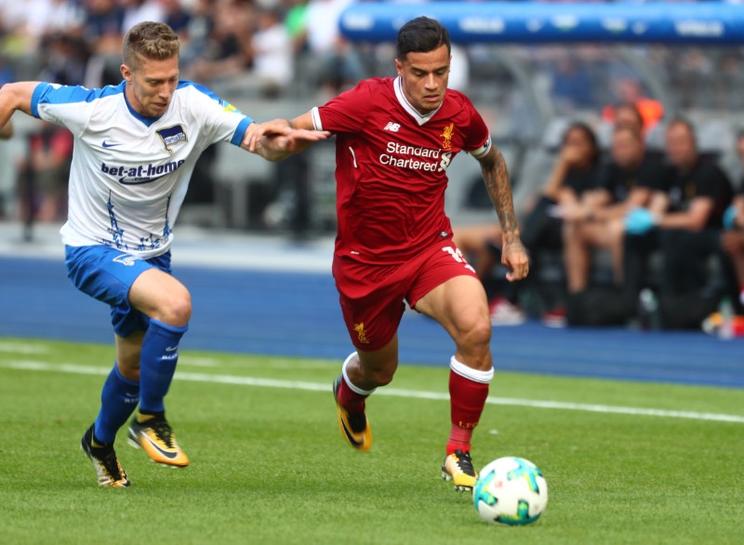 (Reuters) – Liverpool have rejected a second bid worth 100 million euros ($117.29 million) for midfielder Philippe Coutinho from Spain’s Barcelona, according to British and Spanish media reports.

Barcelona are keen to sign the Brazilian playmaker, who joined Liverpool from Inter Milan for 8.5 million pounds ($11.03 million) in 2013, and have already had an initial bid worth 80 million euros rejected by Liverpool last month.

The 24-time Spanish league champions increased the offer to 85 million euros plus 15 million in add-ons but Liverpool have rejected the second bid, maintaining their stance that the player is not for sale.

Liverpool manager Juergen Klopp has repeatedly said that the 25-year-old, who was a key player for the Anfield outfit last campaign, would not be sold and the club’s position is boosted by Coutinho’s signing of a new five-year contract last season.

While Spanish media have suggested that a deal for Coutinho’s move to Barcelona was close to completion, British media say Liverpool have not and will not make any plans to discuss the player’s future with the Catalan club.

Reporting by Aditi Prakash in Bengaluru; Editing by John O’Brien