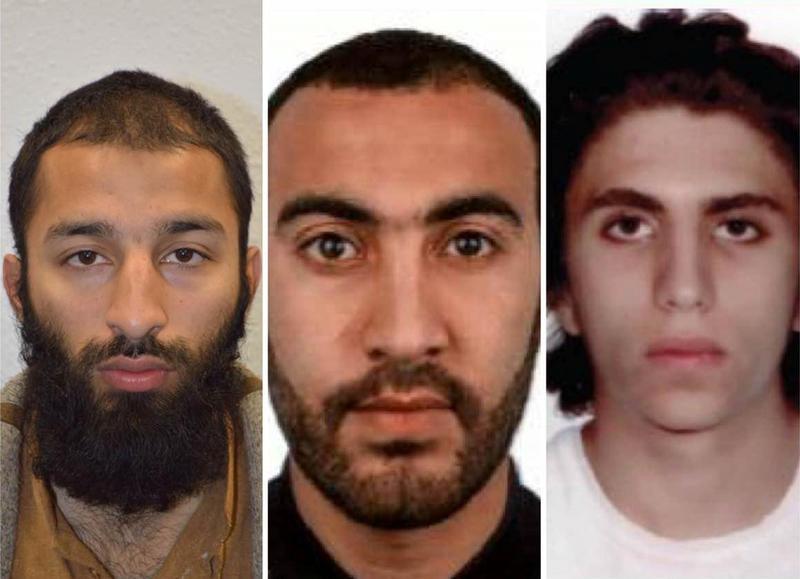 LONDON (Reuters) – The men who drove a van into pedestrians on London Bridge last June before embarking on a knife rampage at bars and restaurants nearby had taken steroids shortly before the attack, a pre-inquest hearing heard on Friday.

Eight people – three French nationals, two Australians, a Canadian, a Spaniard and a Briton – were killed and some 50 injured in the incident, the third deadly attack in Britain blamed on Islamist militants in the space of three months.

The three attackers, Khuram Butt, Rachid Redouane and Youssef Zaghba, were shot dead by police at the scene following the frenzy which lasted less than 10 minutes.

At a pre-inquest hearing into the deaths, London’s Old Bailey court was told that Butt, Redouane and Zaghba had taken the steroid DHEA (dehydroepiandrosterone), a natural hormone mostly made in the adrenal glands which has a variety of therapeutic uses.

“A toxicologist will probably be required to address the effects of DHEA, a steroid the attackers appear to have taken shortly before the attack,” said Jonathan Hough, the lawyer for the inquest, an official inquiry which is held into violent deaths.

Written papers said samples taken from the attackers showed a DHEA presence “above the physiological range”, suggesting it had been used in the period from several hours to days beforehand.

The evidence echoes similar findings about the man who mowed down four pedestrians on London’s Westminster Bridge before killing a police officer outside Britain’s parliament last March.

A pre-inquest hearing into those deaths last month heard the attacker, Khalid Masood, had taken anabolic steroids in the hours or days before his death.

The inquiries will shed light on the background of Pakistani-born Briton Butt, Italian Zaghba and Redouane who had links to Libya, Morocco and Ireland and what the authorities knew about them before the attack.

A government-commissioned report by David Anderson, the former independent reviewer of terrorism legislation, revealed in December that Butt was under active investigation by Britain’s domestic spy agency MI5 and had been for two years.

US-sanctioned Hong Kong leader Carrie Lam has no bank account, receives salary in cash
Commentary: Concerned about what fall in private home sales mean? Market fundamentals paint a different story
5 new COVID-19 cases in Singapore, with first community infection in more than 2 weeks
Appeal opens in Pakistan against acquittal of Briton convicted in Daniel Pearl killing
Commentary: Japan has taken care of two COVID-19 waves so how bad can this third one be?