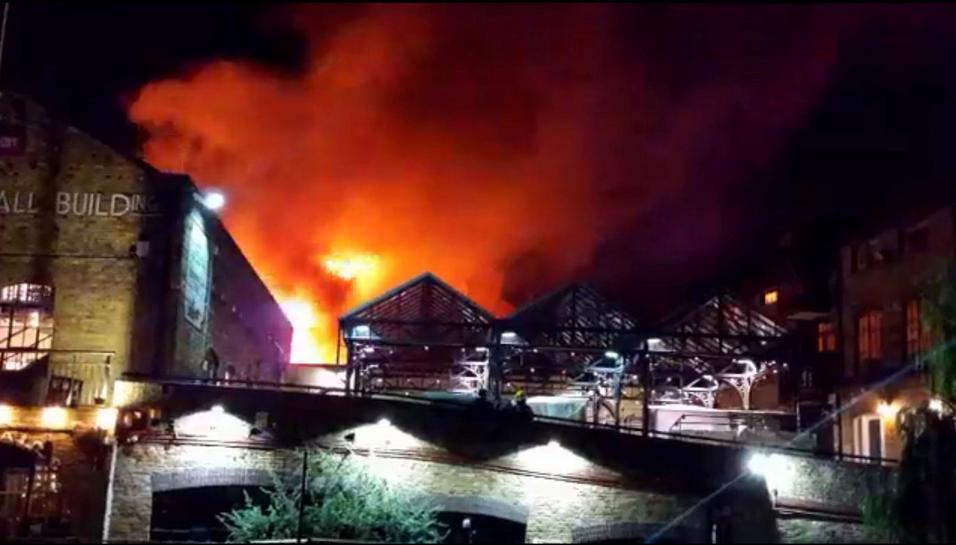 London firefighters were battling a blaze at a building in the city’s Camden Market, the London Fire Brigade said early on Monday.

The first, second and third floors and the roof of the building were on fire, the brigade tweeted, saying more than 70 firefighters and 10 fire engines were on the scene.

There was no immediate report of any casualties.

(Reporting by Sangameswaran S in Bengaluru; Editing by Peter Cooney)