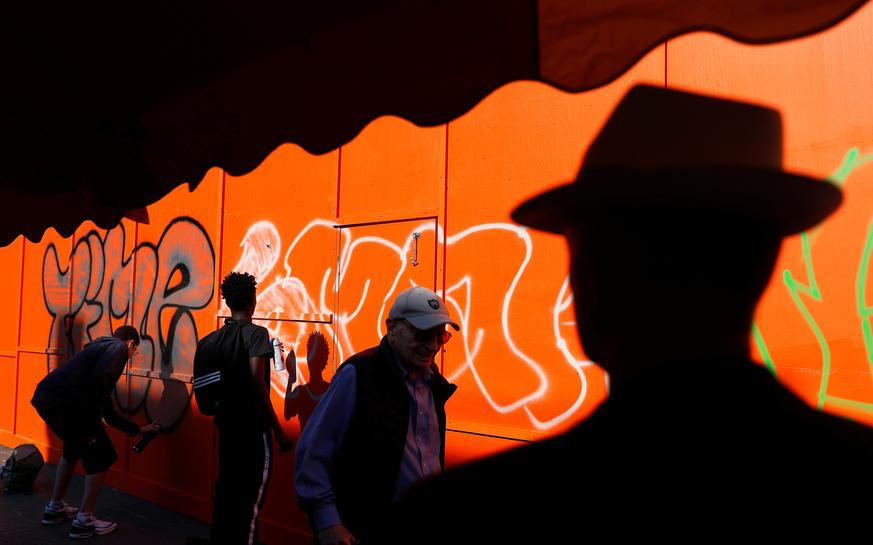 LONDON (Reuters) – It is one of London’s most colourful and noisy events – a weekend carnival to celebrate Afro-Caribbean culture in what has become Europe’s biggest street festival.

But this year, the processions at Notting Hill carnival will fall silent when the floats, dancers and singers pass Grenfell Tower, charred after a fire killed at least 80 people in what has become a symbol of the stark divide between rich and poor.

The tower stands less that half a mile from the route of the procession and the local community is determined to remember the victims at the two-day carnival, starting on Sunday.

But as well as sadness there is anger directed at the local authorities and the government after fire raced through the block and trapped dozens living in its upper floors in June.

Some fear that tempers could boil over at the festival, but the local community is determined it should be a peaceful vigil.

“I am pleased it’s going ahead. Carnival is this community and this community is carnival,” said Zoe LeVack, a youth worker and co-founder of Kids on the Green, which provided activities and mental health support in the aftermath of the fire.

“Grenfell is an outrage … and the community is very angry. So if anything, the carnival going ahead is a celebration of the people whose lives have been lost, but it’s also making a stand,” she told Reuters.

The carnival will see its usual mix of eclectic costumes, decorated floats and exuberant dancers, but it will fall silent for a minute on both days. Visitors have been told to avoid taking shortcuts across the estate where the tower stands.

“Kids on the Green” are using a samba float for their tribute to Grenfell’s victims, while revellers at the carnival have been encouraged to wear an item of green clothing in memory of the victims of the fire.

Workers attach protective boards to property in the area where the forthcoming Notting Hill Carnival will be held in London, Britain August 25, 2017.Peter Nicholls

The blaze prompted widespread support for the community, but also anger over accusations of mismanagement by the local authorities. Protesters stormed the council building in the days after the tragedy, and the borough council leader resigned.

The council was criticised by locals and politicians for its slow and ineffective response to the fire, while many accuse the authority, which administers one of Britain’s wealthiest areas, of having turned its back on social housing.

Earlier this week, Prime Minister Theresa May said she had a “dignified and very respectful” meeting with residents of Grenfell Tower. But mistrust of authority remains, and is being intensified by a police crackdown on knife and drug crime.

London’s Metropolitan Police force has been criticised for linking the carnival to a seizure of a kilogramme of uncut heroin in Catford, which is on the other side of London to Notting Hill.

“How many drugs did you lot seize in the run up to Glastonbury or we only doing tweets like this for black events?” rapper Stormzy, who appeared on a charity single to raise money for the victims of the fire, said on Twitter.

The Met said it had made 656 arrests in the run-up to the event, but said the measures were proportionate and supported by the community to ensure a smooth carnival.

“We have listened,” Chief Superintendent Robyn Williams told reporters, adding that officers had walked around the route of the carnival with local residents and survivors.

LeVack said she also believed that the local community would want to mark the event peacefully.