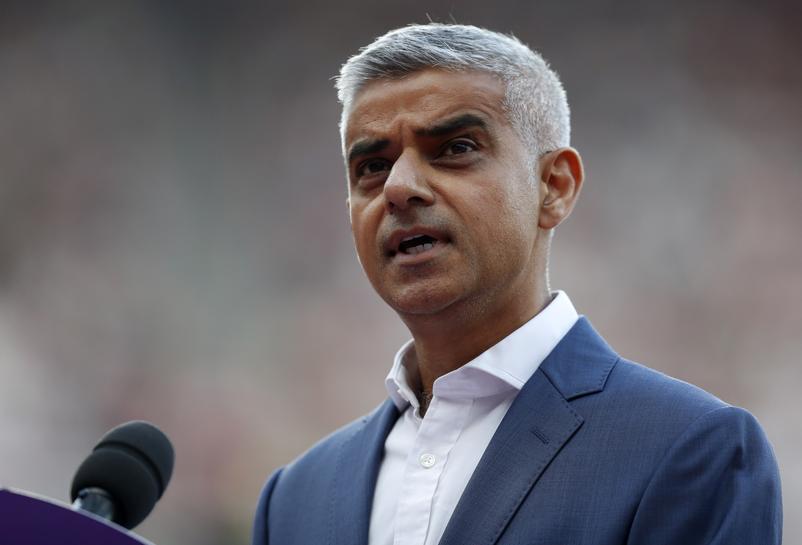 LONDON (Reuters) – A project to build a pedestrian bridge covered in vegetation across the River Thames in central London was scrapped on Monday with Mayor Sadiq Khan and his predecessor Boris Johnson trading accusations over the costly failure.

Over 37 million pounds in public funds had already been spent on the Garden Bridge, with strong backing from Johnson, now Britain’s foreign affairs minister, but Khan had voiced concerns about its financial viability and refused to spend any further taxpayer money on it.

Presented by its creators as an oasis of calm and greenery that would draw tourists and showcase British design and innovation, the Garden Bridge was denounced by critics as an extravagance that would bring little benefit to Londoners.

Originally estimated at 60 million pounds ($78 million), the project was likely to end up costing over 200 million, according to an independent review commissioned by Khan that found the business case for the bridge was poor and the funding uncertain.

“Londoners will, like me, be very angry that London taxpayers have now lost tens of millions of pounds –  committed by the previous mayor on a project that has amounted to nothing,” said Khan on Monday.

But Johnson, a Conservative, accused Khan, a member of the opposition Labour Party, of killing the Garden Bridge out of spite because it was initiated when Johnson ran City Hall.

“Labour has no vision for London and no ambition,” he said. “The Garden Bridge was a beautiful project and could have been easily financed.”

The not-for-profit trust running the project had secured 69 million pounds in private funding pledges, but had also lost several major donors. It threw in the towel on Monday, saying the bridge could not be built without Khan’s support.

Khan criticised a lack of transparency in how contracts to design and build the bridge were awarded during Johnson’s time as mayor and said he did not want to saddle London taxpayers with potentially unlimited costs to fund the bridge.

Khan took over as mayor from Johnson in May 2016.

The Garden Bridge was championed by the actress Joanna Lumley, an A-list celebrity in Britain who is known for her role in the comedy TV programme “Absolutely Fabulous”.

The design contract had been awarded to Thomas Heatherwick, who previously designed the “cauldron” that carried the Olympic flame during the London 2012 games.

“The Garden Bridge has not found its right moment, but I hope one day it will,” Heatherwick said in a statement.