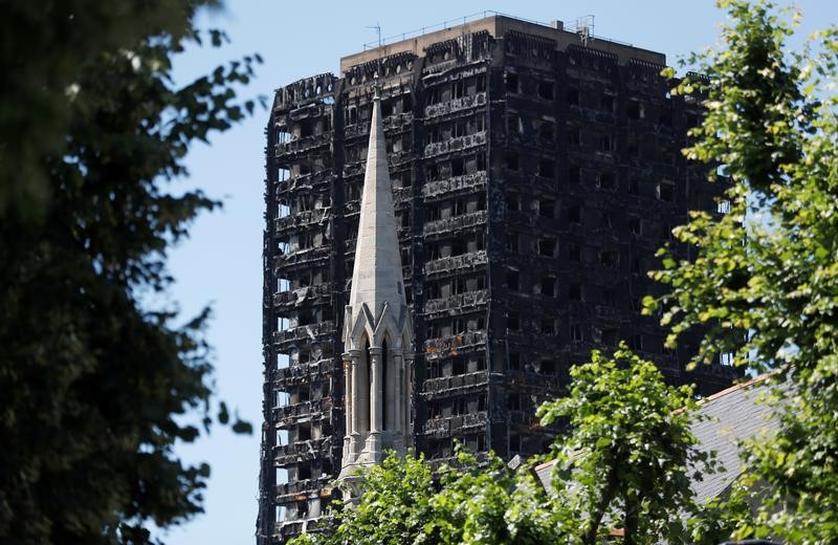 OSLO The insurer of London’s Grenfell Tower, where at least 80 people died in a devastating fire, raised its estimate for property and liability insurance claims to 50 million pounds on Friday.

British police have said the final death toll from the blaze that gutted the 24-storey apartment block on June 14 may not be known until next year and the government has appointed a retired judge to lead a public inquiry into the disaster.

Norway’s Protector Forsikring the insurance provider for the Royal Borough of Kensington and Chelsea, which owns the building, also said it had been aware Grenfell Tower had been refurbished during the insurance underwriting process.

It said it had considered this renovation, which was criticised by some residents, as a positive step.

Asked whether the company was aware at the time that the cladding used for the tower block was potentially flammable, Protector Forsikring’s chief executive Sverre Bjerkeli told Reuters: “We must let the investigation run its course.”

“Figures are preliminary, uncertain and will include both property, liability and other potential related costs,” it said.

Protector’s previous estimate was for claims of 20 million pounds to cover the building itself, with the remainder covering additional expenses such as alternative housing for residents.

It provided no breakdown of the updated figure, but it has previously said the cost would largely be covered by reinsurance through Germany’s Munich Re, which declined to comment on Friday.

Britain’s Jardine Lloyd Thompson, which was the insurance broker for Grenfell Tower, has previously said it was working closely to assist its client in the case.

For Protector itself, net property and liability claims relating to the fire are not expected to change from a first estimate of 2.5 million pounds, Bjerkeli said.

Before the fire, Protector Forsikring had rated the borough of Kensington and Chelsea as a good customer for the insurer.

This assessment was based on data the company has gathered during 10,000 visits of properties in Britain, Bjerkeli said, adding that he remained confident in the country’s public sector and the firm would maintain its UK growth strategy.

Britain said on Wednesday it was sending in a task force to help run the local authority, which has been struggling to cope with the aftermath of the fire.

Kensington and Chelsea has been criticised by victims’ relatives and survivors for its handling of the disaster and its leader quit last week.

Prime Minister Theresa May promised that all residents would be offered good temporary homes in the local area within three weeks, but that deadline passed on Wednesday and while 139 families had been offered homes, only 14 had been accepted and just three had moved in.