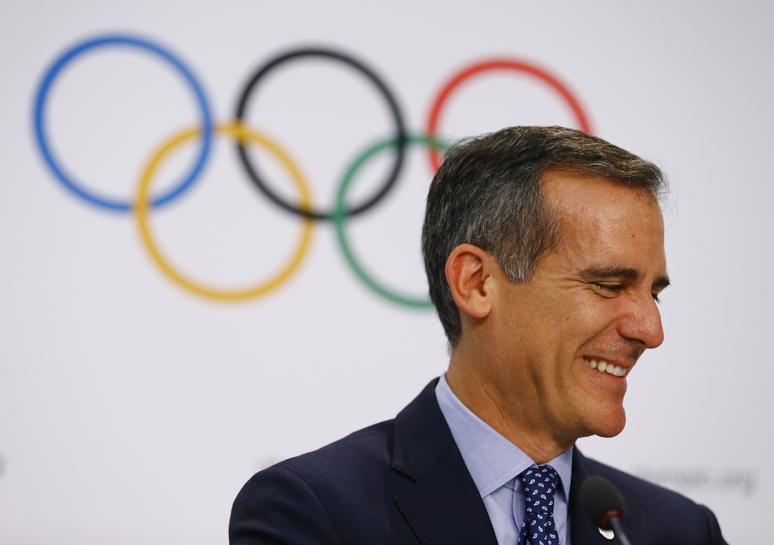 LAUSANNE Los Angeles could deliver a low-cost, low-risk model for the Olympic Games, officials outlining its 2024 candidacy to the International Olympic Committee said on Tuesday.

Bid chairman Casey Wasserman said in LA’s penultimate presentation to IOC members before the Sept. 13 vote that the city, competing with Paris, would serve the Olympic movement.

“We don’t believe in ultimatums. We don’t believe this decision is only about us or Paris or 2024. This about the future direction of the Olympic movement,” Wasserman said.

And he again left the door open for the 2028 Olympics, with Paris widely seen as the frontrunner for the 2024 event. The French capital, led by recently-elected French President Emmanuel Macron, will present its project later on Tuesday.

The IOC will then vote on whether to ratify its executive board’s recommendation to award on Sept. 13. both the 2024 Olympics and the 2028 Games at the same time.

“We clarified the focus is on 2024, but we would be blessed to have any Games,” Felix said.

Wasserman had earlier stressed the importance of the decision on 2024.

“This decision is about the future direction of the Olympic Movement. Our objective is to best serve your (the IOC’s) needs, not only ours,” he said

Four other cities — Hamburg, Rome, Budapest and Boston — have withdrawn bids, scared off by the size and cost of the Games, forcing the IOC to recommend the double awarding to make it more attractive for potential hosts.

LA officials highlighted the privately funded model, while stressing the involvement of the United States in the wider Olympic movement with thousands of foreign athletes training at U.S. colleges.