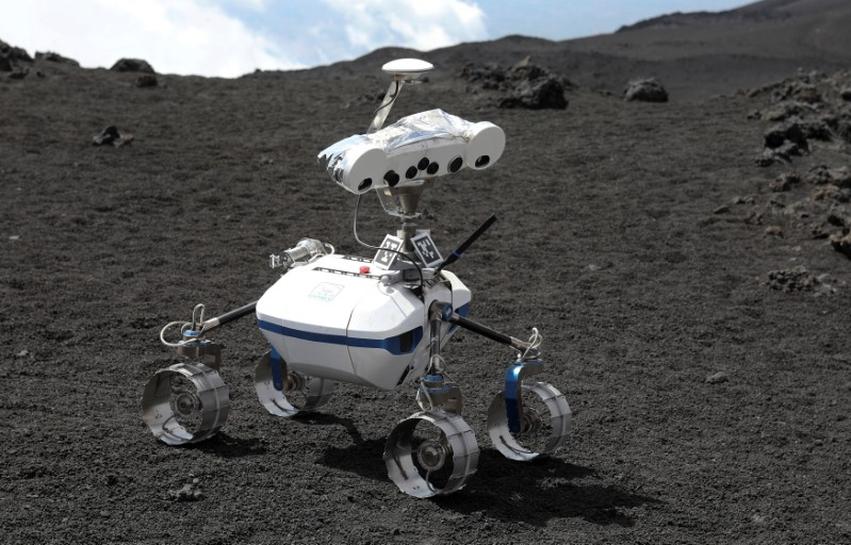 MOUNT ETNA, Italy A robot wheels across a rocky, windswept landscape that looks like the surface of some distant planet from a science fiction film. But it is not in outer space, it’s on the slopes of Europe’s most active volcano.

Mount Etna, in Sicily, is a test bed for the approximately three-foot high, four-wheeled machine ahead of a future mission to the moon. It is being conducted by the German Aerospace Centre, the agency which runs Germany’s space program.

The program has enlisted experts from Germany, Britain, the United States and Italy to research ROBEX (Robotic Exploration of Extreme Environments) with the aim of improving robotic equipment that will be used in space.

“This is aimed at simulating a future, hypothetical landing mission on the moon or Mars and they use a lot of robots which are there to transport and install different instruments”, said Boris Behncke, a volcanologist from the National Vulcanology Institute in Catania, near Mount Etna.

Scientists also hope to use the robots to explore the depths of Mount Etna and relay back useful technical data on seismic movement. The techniques learned on Etna would then be deployed in lunar missions or in the exploration of Mars.

An initial robotic testing phase has nearly been completed on the Piano del Lago area of the volcano, a desolate stretch of terrain buffeted by strong winds.

Next, a network of equipment including rover robots and drones will be mounted to monitor seismic activity that closely simulates that which would be used on the moon.