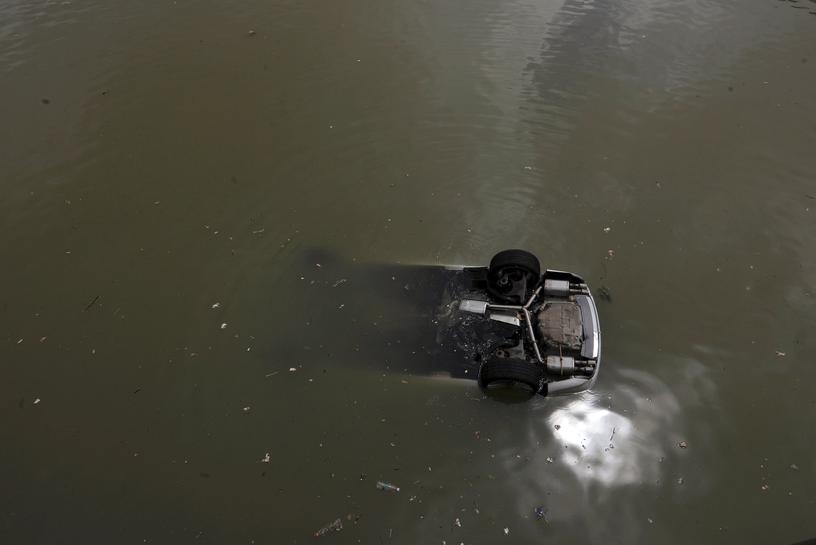 MACAU (Reuters) – Chinese People’s Liberation Army troops were deployed onto the streets of Macau on Friday to help clean up in the aftermath of a devastating typhoon and amid mounting criticism authorities were unprepared for the severity of the storm.

Macau public broadcaster, TDM, reported some 1,000 Chinese PLA troops left their Macau barracks to assist in the recovery. Chinese troops are rarely seen on the streets of Macau.

Dressed in fatigues and caps, some used shovels to shift mounds of stinking rubbish and debris cluttering public spaces, including smashed furniture, sofa and televisions, while processions of green military trucks rumbled along roads.

Macau’s leader Fernando Chui had requested the Chinese army’s involvement in “disaster relief” after the highest category 10 Typhoon Hato pummeled the world’s biggest gambling hub on Wednesday, the government said in a statement.

Under Macau law, the assistance of Chinese troops can be sought for such humanitarian purposes.

The death toll from Hato stands at nine, with scores missing. Hato, with destructive winds of more than 200 kph (124 mph), was the worst storm since 1968 to hit Macau, causing almost city-wide blackouts, flooding, disrupting water supplies, smashing scores of vehicles and damaging buildings.

Hong Kong’s weather observatory said there were indications another storm, now brewing close to the Philippines, could hit southern China early next week.

“(Tropical storm) Pakhar will move into the northern part of the South China Sea, and intensify gradually in the next couple of days,” the observatory said on its website.

“NO TIME TO PREPARE”

Amidst mounting public outrage at the government’s handling of the storm, including the perceived failure to adequately warn residents as the storm approached, Macau’s leader Chui apologized and said the head of the local observatory, Fong Soi-kun, would step down.

Some residents said it wasn’t enough.

“Chui will not step down but many people think he should,” said Macau resident Cheng Kin-ching. “People are angry at the local government … people were still going to work and it was very dangerous. People died and it’s the government’s responsibility. People had no time to prepare.”

As nearby Hong Kong shut down and closed financial markets on Wednesday ahead of Hato, Macau’s authorities failed to raise a sufficiently high typhoon warning signal, critics said, leading many residents to go to work the same day the storm hit.

Authorities have struggled to restore order in the city of 600,000, with some residents having to queue for water from fire hydrants. Many of Macau’s large casinos were relying on back-up generators.

Macau has been rapidly transformed since its return from Portuguese to Chinese rule in 1999 into a gambling hub many times larger than Las Vegas, with major U.S. casinos piling in.

Infrastructure, however, has mostly failed to keep pace with its development despite the rise of a wave of glitzy new casino resorts.