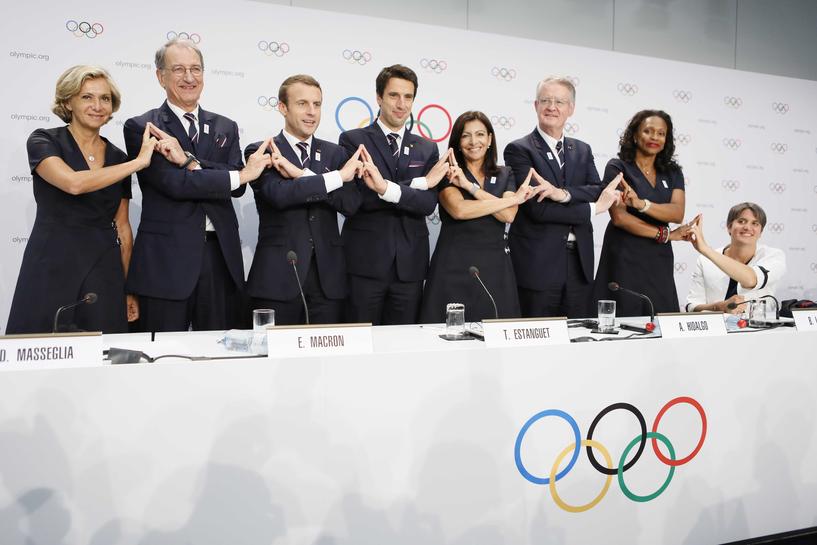 LAUSANNE, Switzerland French President Emmanuel Macron on Tuesday described Paris’s bid to host the 2024 Olympics as the best defense against threats to the Games’ values of openness, tolerance and respect for the environment.

“Olympic values are our values. They are threatened, called into question by many today, so it’s the best moment to defend them,” Macron told reporters after the city presented its bid to the International Olympic Committee.

Paris is competing against Los Angeles, publicly backed by U.S. President Donald Trump, whom Macron has criticized for taking his country out of the Paris accord on climate change.

Macron was the first head of state to attend the formal presentation of Olympic bids; Trump was not present.

“You are right to remember that we lost three times. We don’t want to lose a fourth one,” Macron said.

“I decided from the very beginning of my mandate to back this project and give the maximum to promote this candidature.”

The IOC was due to vote later on Tuesday on whether to ratify its executive board’s recommendation to award both the 2024 and 2028 Games at the same time, on Sept. 13.

Paris is seen as the favorite to land the 2024 Olympics, with Los Angeles having hinted it would accept 2028.

“I am here to convey a message that the French people are ready,” said Macron. “I would not be here if they were not ready.”

Paris is proposing a compact Games with almost every venue temporary or already in place. But it still needs to build an athletes’ village, the biggest project of the bid.

Macron said Paris would not be leaving any “white elephants” behind.