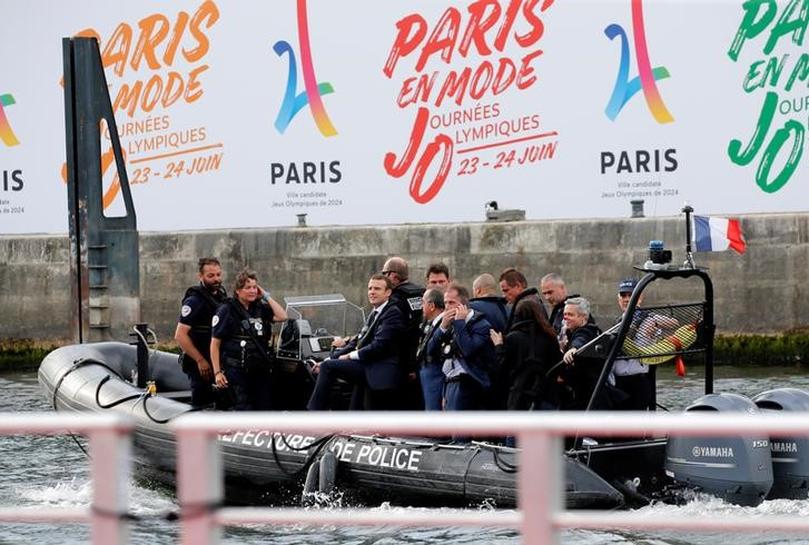 LAUSANNE, Switzerland French President Emmanuel Macron’s presence at an International Olympic Committee meeting this week will be key to what will hopefully be a successful Paris bid for the 2024 Olympics, city Mayor Anne Hidalgo said on Monday.

Macron, 39, who won election in May as France’s youngest leader since Napoleon, was due to arrive later on Monday and be part of Paris’s 2024 presentation to IOC members on Tuesday as the French capital goes up against a bid from Los Angeles.

LA 2024’s bid team will also present on Tuesday but, as is usually the case at this July IOC meeting, it will not have any political support on site.

Heads of state are usually present at the host city vote, which this year will take place in September to give their bid a final push, but Macron has opted to be present now.

This is not the first time Macron will meet with the IOC, having hosted its evaluation commission two days after being elected to office.

Paris and LA are bidding for the 2024 Games though the IOC is widely expected on Tuesday to ratify an executive board recommendation to award both the 2024 and the 2028 Games at the same time, ensuring both candidates are awarded one Games.

Four other cities dropped out of the race out of cost concerns. That forced the IOC to change the bidding process and award two Games at the same time, making bidding more attractive to potential hosts.

The only thing that will be decided in September will be the sequence, though Paris is widely seen as the frontrunner for the 2024 Games. Los Angeles has hinted it would accept the 2028 Olympics.

“We wanted to engage immediately with the new president (Macron). He was very receptive and committed. Two days after taking office he decided to welcome the evaluation commission,” said 2024 Games co-chair Tony Estanguet.