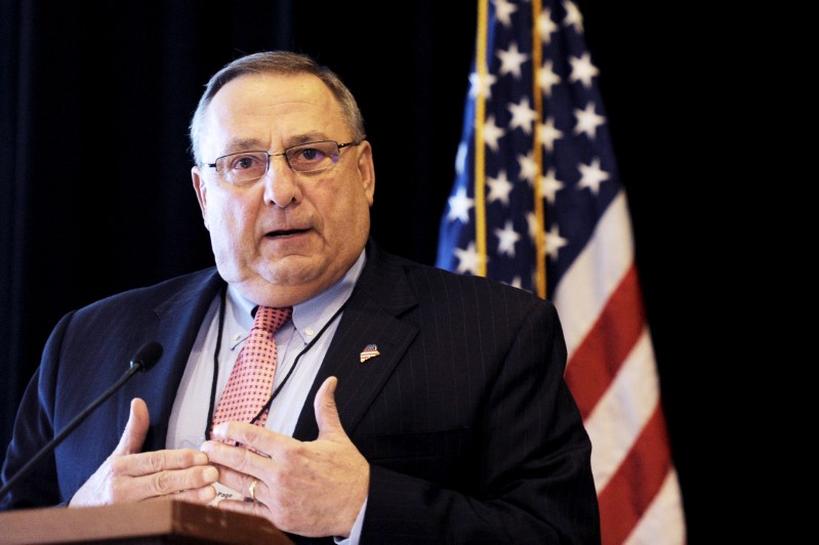 A budget impasse between Maine Governor Paul LePage and Democratic lawmakers triggered a shutdown of nonessential state services on Saturday, after the conservative Republican threatened to veto a bipartisan compromise reached by lawmakers.

LePage has insisted on a budget with deeper spending cuts than those contemplated by lawmakers and has promised to veto any spending plan that raises taxes.

“This is about the future of Maine. The Maine people are taxed enough. I will not tax them anymore and in my budget overall taxes were decreased,” LePage said in a statement announcing the partial shutdown, the first in the state since 1991.

The governor’s order for a partial closure of state government went into effect at 12:01 a.m. local time after negotiations stalled over a $7.055 billion, two-year budget.

A six-member bipartisan budget committee with lawmakers from the House and Senate had reached a deal on a proposed budget late on Thursday night, but LePage signaled he would veto the package because it included some tax increases.

The Republican-controlled Senate passed the package by a 34-1 vote on Friday, and later in the day the Democratic-controlled House approved it by an 87-60 vote. But the margin of approval fell short of the two-thirds threshold needed to override LePage’s threatened veto.

Even if two-thirds of the House voted for approval, state law gives the two-term governor up to 10 days to respond to the legislation, allowing for a partial shutdown during that time.

State police, parks and all offices responsible for collecting revenue will continue to operate during the current shutdown, LePage has said.

A spokeswoman for the governor could not be reached for comment on Saturday.

Lawmakers met in the state capital Augusta on Saturday, but they had no formal counterproposal from the governor to consider, said Mary-Erin Casale, a spokeswoman for Democratic House Speaker Sara Gideon.

“Right now we are in a very fluid situation where we don’t have anything in front of us,” Casale said by telephone.

The stalled budget proposal would have repealed a measure that voters approved in November to impose an additional 3 percent income tax on state residents who earn more than $200,000 a year. But it contained a 1.5 percent increase in the lodging tax, Casale said, while increasing funding for public education by $162 million.

(Reporting by Alex Dobuzinskis in Los Angeles, Brendan O’Brien in Milwaukee and Scott Malone in Boston; Editing by Stephen Coates and Matthew Lewis)

Khaw Boon Wan to be chairman of entity managing SPH’s media business
Theory test for e-bike, e-scooter riders to cost S$5 during first three months
‘Where were you when I needed you?’: The struggles of mothers in prison, longing to see their children
WHO classifies B1617 from India as COVID-19 variant of global concern
Another cleaner, aviation officer among 3 more workers at Changi Airport to test positive for COVID-19