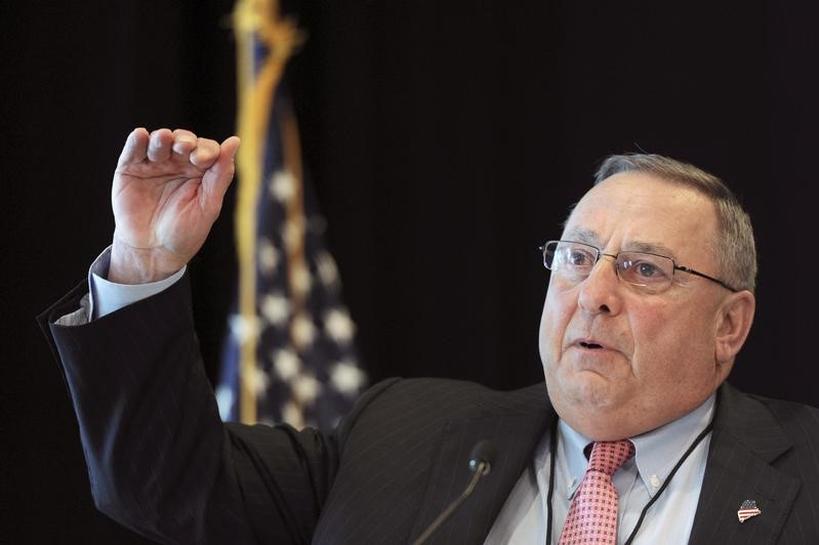 By Elinor Comley and Chris Kenning

Partial government shutdowns in Maine and New Jersey entered a second day on Sunday as lawmakers returned to their respective state capitals in a bid to break budget impasses that have led to the suspension of many nonessential services.

In Maine, a bipartisan legislative committee met in Augusta in hopes of breaking a stalemate between Republican Governor Paul LePage and Democratic lawmakers. The shutdown came after LePage threatened to veto a compromise reached by lawmakers in the state’s $7.055 billion, two-year budget.

In New Jersey, the legislature was due to reconvene to resolve a political fight over a controversial bill that Governor Chris Christie said must be passed alongside the state’s budget.

After House Republicans in Maine voted to reject a compromise deal on Saturday, the Bangor Daily News reported that Republican Minority Leader Ken Fredette presented a $7.1 billion plan he said could get the governor’s approval, but some Democrats noted that was costlier than the rejected compromise.

A spokeswoman for the governor could not be reached for comment on Sunday.

“The Speaker thinks it is unconscionable that Maine doesn’t have a budget, especially leading into the holiday weekend,” Mary-Erin Casale, a spokeswoman for Democratic House Speaker Sara Gideon, said Sunday morning.

If the budget committee meeting on Sunday in Augusta agrees on a deal, the measure would go to the full legislature.

LePage has insisted on a budget with deeper spending cuts than those contemplated by lawmakers and has promised to veto any spending plan that raises taxes.

The stalled budget proposal would have repealed a measure that voters approved in November to impose an additional 3 percent income tax on state residents who earn more than $200,000 a year. But it contained a 1.5 percent increase in the lodging tax, Casale said, while increasing funding for public education by $162 million.

State police, parks and all offices responsible for collecting revenue will operate during the current shutdown, the state’s first since 1991.

New Jersey residents were not so lucky. With the July 4 holiday weekend in full swing, the shutdown included the closure of Island State Beach Park, one of New Jersey’s few free public beaches, and all other state parks.

Christie was unapologetic when he told reporters he and his family would spend Saturday night at one of the governor’s residences at the shuttered beach park.

“That’s just the way it goes. Run for governor, and you can have a residence there,” he said, when pressed.

At the center of the budget stalemate is a controversial plan that would shake up the state’s largest health insurer, Horizon Blue Cross Blue Shield.

Christie says the insurer is not transparent and that a few staff make key decisions in return for high salaries. The proposal would force Horizon to spend some of its reserves on drug addiction and other services.

He has threatened to strike out $150 million in school funding and other items from the budget if the legislature failed to approve the plan.

Christie, a former presidential contender whose reputation was tarnished by the Bridgegate traffic scandal involving some of his closest aides, is already the least popular governor in state history. He is in the last months of his second and final term.

Assembly Speaker Vincent Prieto and other Democrats say the Horizon bill, introduced only on Thursday, is “bad public policy.” Prieto said he would vote on the Horizon bill after the budget passed.

Christie blamed Prieto for the shutdown, and the pair traded barbed comments on Twitter but did not meet in person.

(Reporting by Elinor Comley in Atlantic City, N.J., and Chris Kenning in Chicago; editing by Frank McGurty and Phil Berlowitz)