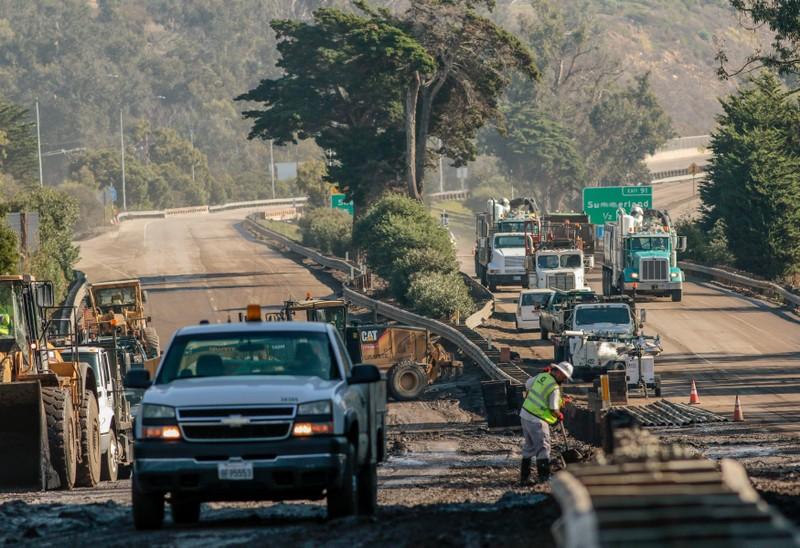 (Reuters) – California’s iconic Highway 101 in Santa Barbara reopened on Sunday nearly two weeks after it was covered with 12 feet (3.7 meters) of debris from mudslides, and a day after the discovery of a missing woman’s body pushed the death toll to 21.

Torrential rains triggered the Jan. 9 mudslides, which injured dozens more people and destroyed or damaged hundreds of buildings around the affluent community of Montecito, 85 miles (137 km) northwest of Los Angeles.

The reopening of the busy north-south coastal highway followed what the state transportation agency Caltrans called a “Herculean effort,” and was expected to ease hours-long detours and traffic chaos that bedeviled commuters.

Cleanup crews had been working around the clock in 12-hour shifts, officials said, while ferry boats had been making commuter runs twice a day between Santa Barbara and Ventura to help residents trying to get to work.

Search and rescue teams continued working with dogs on Sunday in Montecito to look for a two-year-old and a 17-year-old who are still missing, the Santa Barbara County Sheriff’s Office said on Twitter.

On Saturday the teams found the body of missing 28-year-old Faviola Benitez Calderon, of Montecito. She belonged to a family that lost several members in the disaster.

“The Sheriff’s Office wants to express our deepest condolences to the Benitez family, who were already mourning the loss of Faviola’s 10-year-old son, Jonathan Benitez and his cousin 3-year-old Kailly Benitez, as well as Kailly’s mother, 27-year-old Marilyn Ramos,” the office said in a statement.

The discovery of Calderon’s body brought the number of fatalities to 21. The toll had already marked the greatest loss of life from a California mudslide in at least 13 years.

Reporting by Chris Kenning in Chicago; Editing by Daniel Wallis