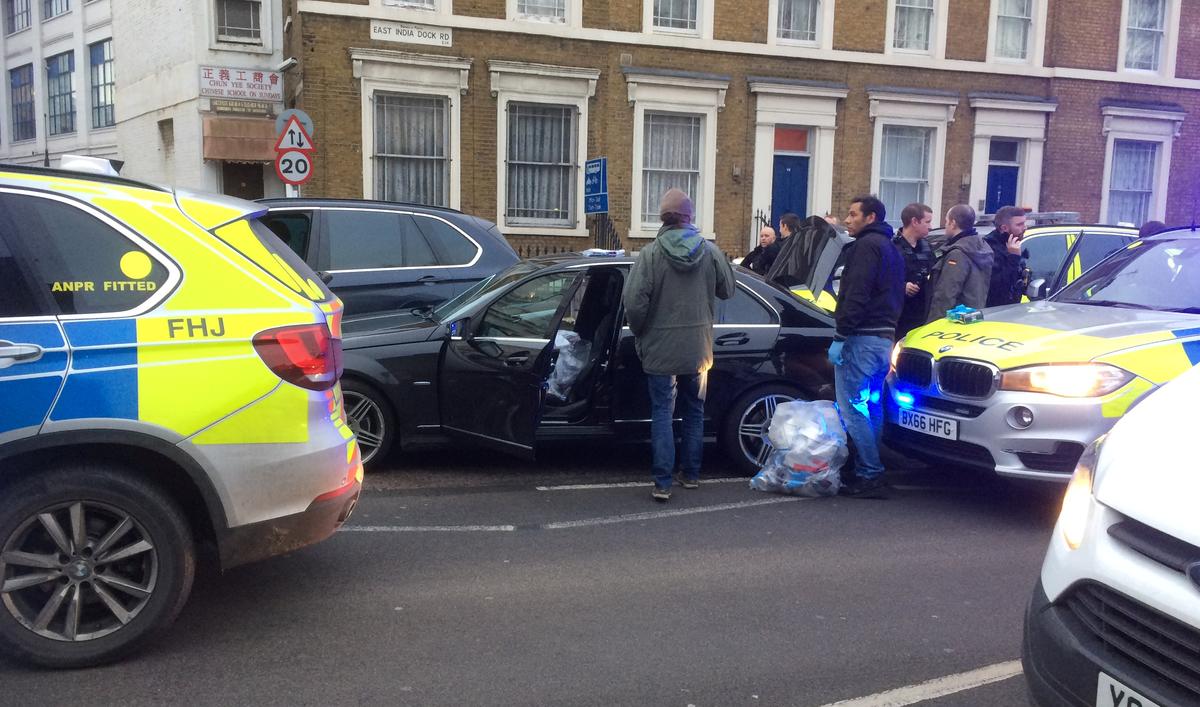 LONDON (Reuters) – British police said they had arrested a man on suspicion of weapons offences on Tuesday after an operation that forced the brief closure of a major London road.

Officers stopped a car on the East India Dock Road as part of a pre-planned swoop which resulted in a man being detained on suspicion of possession of firearms. They said the incident was not terrorism-related.

A Reuters reporter at the scene said armed police had attended and that the stopped car had one of its windows smashed.