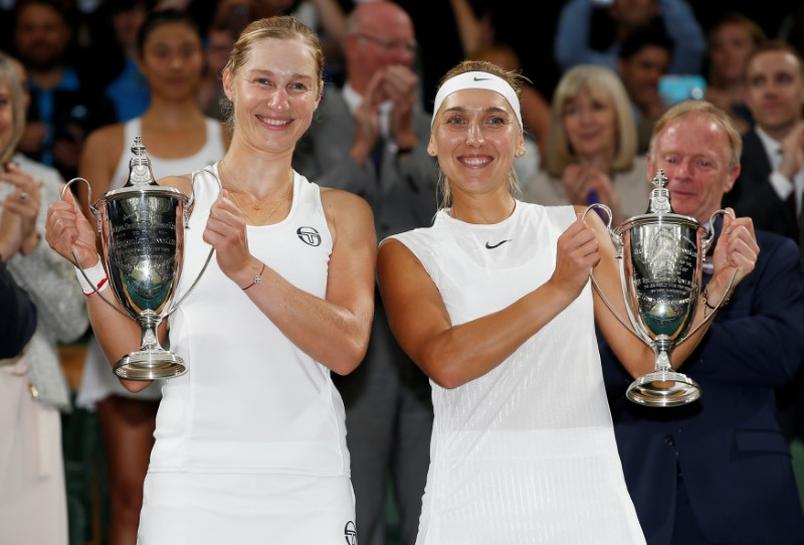 LONDON (Reuters) – Russians Ekaterina Makarova and Elena Vesnina won the Wimbledon women’s doubles title for the first time on Saturday with a crushing 6-0 6-0 victory over the pairing of Taiwan’s Hao-Ching Chan and Romanian Monica Niculescu.

The second-seeded Russian pair have now won three of the grand slam events in doubles following their triumph at the French Open in 2013 and the U.S. Open a year later.

The final lasted 54 minutes and the Russians, runners-up at the All England Club in 2015, had to save just two break points in the entire match against the pairing playing in their first season together.

The top-seeded duo of American Bethanie Mattek-Sands and Czech Lucie Safarova had to withdraw before the second round after Mattek-Sands suffered a severe injury in a singles match.