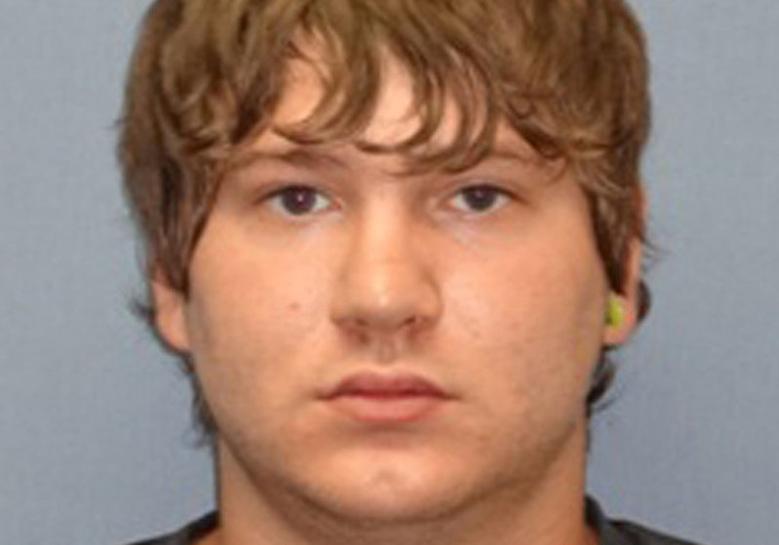 (Reuters) – An Oklahoma man has been arrested by the FBI on charges that he tried to blow up an Oklahoma City bank building with a van he thought was packed with explosives, U.S. prosecutors said on Monday.

The Federal Bureau of Investigation arrested Jerry Drake Varnell, 23, of Sayre, Oklahoma, on Saturday. According to a complaint, Varnell had initially planned to bomb the U.S. Federal Reserve in Washington, D.C., in a manner similar to the 1995 explosion at a federal building in Oklahoma City that killed 168 people.

“This arrest is the culmination of a long-term domestic terrorism investigation involving an undercover operation, during which Varnell had been monitored closely for months as the alleged bomb plot developed,” federal prosecutors said in a statement. “The device was actually inert, and the public was not in danger.”

Varnell made a brief appearance at a federal court in Oklahoma City on Monday and is scheduled to have a detention and preliminary hearing on Tuesday, said Scott Williams, a spokesman for the U.S. Attorney for the Western District of Oklahoma. Varnell will remain in custody until at least then.

Prosecutors were not immediately able to say if Varnell had a lawyer.

Prosecutors said that during the investigation an undercover agent had posed as a co-conspirator and agreed to help Varnell build what he believed was a 1,000-pound (454 kg) explosive.

Agents arrested him after he made a call on Saturday to a mobile phone he believed would detonate a device in a van parked beside a BancFirst Corp (BANF.O) building in downtown Oklahoma City, the complaint said.

Varnell was charged with malicious attempted destruction of a building in interstate commerce and could face up to 20 years in jail if convicted.

According to the complaint Varnell told an FBI informant he was upset with the government and was seeking retaliation.

The complaint filed in the federal court in Oklahoma City said at the onset of the investigation, Varnell said he wanted to build a team to conduct a bombing.

“I’m out for blood,'” the complaint quoted Varnell as saying.

The BancFirst building is a few blocks from where the Alfred P. Murrah Federal Building stood. A truck loaded with explosives was detonated in front of the Murrah building in 1995 in what was called an act of domestic terrorism.

U.S. prosecutors said Varnell had prepared a social media message to be posted after the explosion, and helped make and load a device into a stolen van.