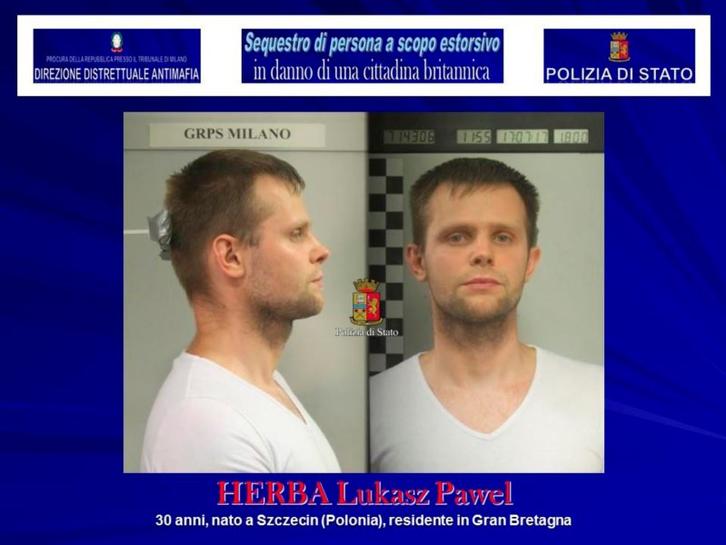 MILAN (Reuters) – Italian police said on Saturday they had arrested a 30-year-old man suspected of abducting a British model in Milan and threatening to auction her online unless a ransom of $300,000 was paid.

Police said in a statement the 20-year-old Briton had arrived in Milan on July 10 for an alleged photo shooting arranged through her agent.

But when she reached the studio the next day she was assaulted and drugged, then placed in a car boot and taken to a small village near Turin where she was kept prisoner by Lukasz Pawel Herba, a British resident born in Poland, police said.

Herba freed her on July 17 and accompanied her to the British consulate in Milan where, according to newspaper Corriere della Sera, he was arrested by police who had been alerted by the model’s agent and were investigating the kidnapping.

During her detention, Herba had demanded the agent pay $300,000 to avoid the model being sold online though no ransom appears to have been paid, police said.