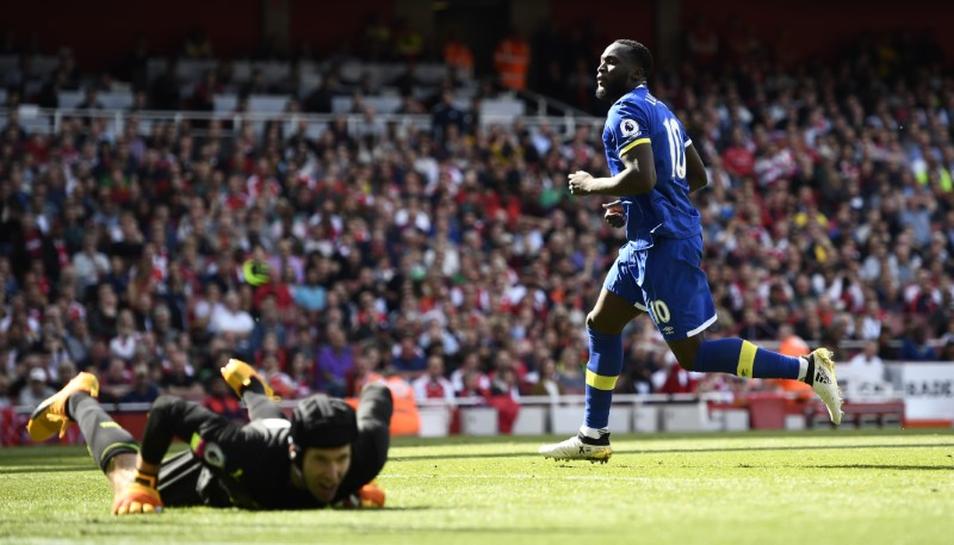 Romelu Lukaku said he was delighted to be moving to “the biggest club in the world” after Manchester United agreed a fee to sign the Belgium international striker from Everton.

British media reported that the fee for the 24-year-old would be around 75 million pounds ($96.68 million), making him the club’s second most expensive signing after last year’s world record deal for French midfielder Paul Pogba.

“Who would say no to the biggest club in the world?”, Lukaku told ESPN.

“When (Manchester United) came calling, I didn’t have to think twice. So I’m really delighted to hopefully be part of their history.

“Best stadium in England. The best fans. This is the perfect opportunity. I always said I wanted to play for a team that’s challenging for every trophy that there is.”

United are hoping to confirm the deal before they depart for a pre-season tour to the United States on Sunday.

(Reporting by Hardik Vyas in Bengaluru; editing by Amlan Chakraborty)