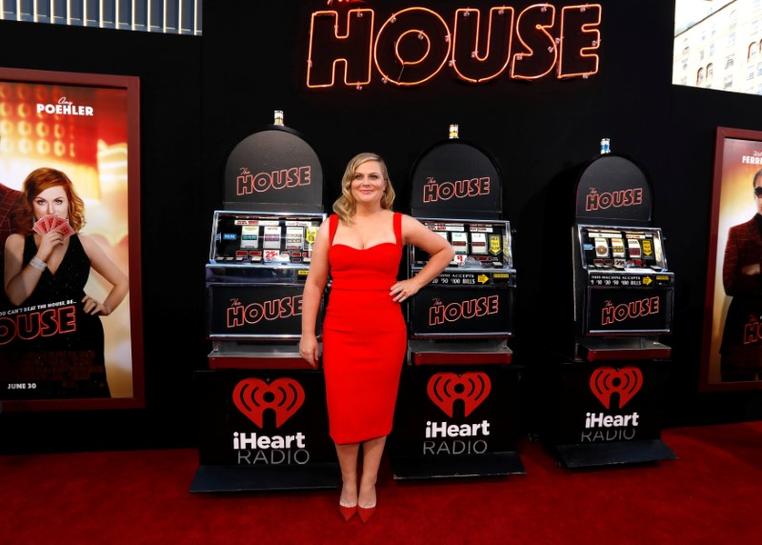 LOS ANGELES Will Ferrell and Amy Poehler take up gambling to pay for their daughter’s college education in new comedy “The House,” but one person the movie decided not to take a risk on was singer Mariah Carey.

Carey filmed a cameo for the film, but it ended up on the cutting room floor, writer and director Andrew Jay Cohen said at the red-carpet premiere on Monday.

“The funniest bits stay in the movie. We did not include her in the movie,” Cohen told Reuters Television.

Cast members have said that Carey showed up late and was difficult on set.

“There were suggestions that weren’t executed. She was on our set and, um, things happened. Things happened and didn’t happen,” Ferrell said in an appearance on “Late Night with Seth Myers” last week.

Actor Rob Huebel said in a Sirius XM interview in May that the “We Belong Together” singer was four hours late, asked for white roses in her trailer and would not sing the song producers hired her to perform when she turned up to film a one-day cameo.

Carey arrived in Israel on Monday for a beauty products promotional event, and her representatives did not return calls seeking comment.

“The House” begins its international rollout in movie theaters this week.

Commentary: Is Modi already being made to pay for India’s COVID-19 crisis?
This is what happens if you eat too much fried chicken
Compulsory 14-day quarantine for PCA travellers entering Malaysia from Singapore
Changi Airport COVID-19 cluster grows as family members, household contacts of previous cases test positive
Malaysia to ban all interstate, inter-district movement without police permit for 4 weeks