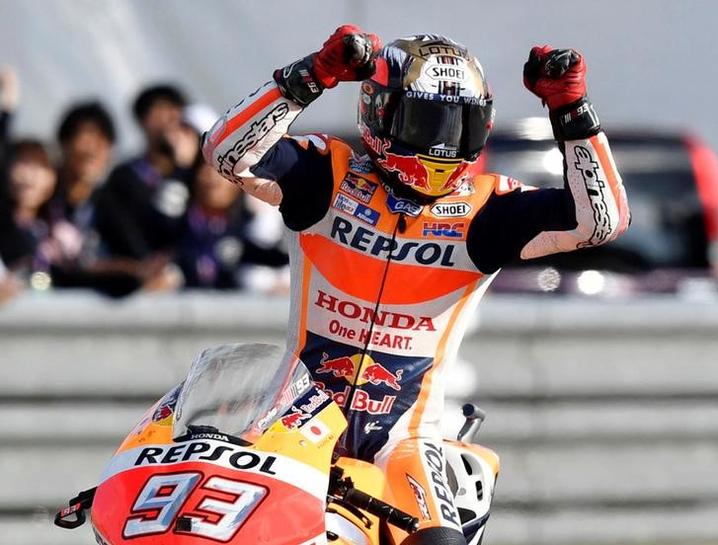 (Reuters) – Honda’s Marc Marquez recorded his third consecutive pole of the season after setting the fastest time in qualifying at the Austrian Grand Prix on Saturday.

Spaniard Marquez topped the session with a flying lap of one minute 23.235 seconds at the Red Bull Ring in Spielberg ahead of the factory Ducatis of Andrea Dovizioso and Jorge Lorenzo, who completed the front row.

Yamaha’s Maverick Vinales produced a late recovery to climb up to fourth on the grid, with Ducati’s Danilo Petrucci rounding out the top five.

Johann Zarco finished sixth on his Tech3 Yamaha followed by Valentino Rossi, who has struggled with flu heading into the weekend.

Last year’s winner Andrea Iannone will start 10th on the grid after finishing almost a second off the pace on his Suzuki.

Defending world champion Marquez leads the championship standings on 154 points, 14 ahead of second-placed Vinales and 21 ahead of Dovizioso.

Reporting by Hardik Vyas in Bengaluru; Editing by Toby Davis

COVID-19 pandemic deals ‘crushing blow’ to struggling Kashmir tourism
COVID-19: Legal cut-off age for children to wear masks to be raised to 6 years old
India, China agree to ‘stop sending more troops’ to contested border
5 lorry drivers jailed for smuggling more than S$200,000 worth of chewing tobacco into Singapore
Commentary: You don’t have to age and grow frail alone. Nurses have your back