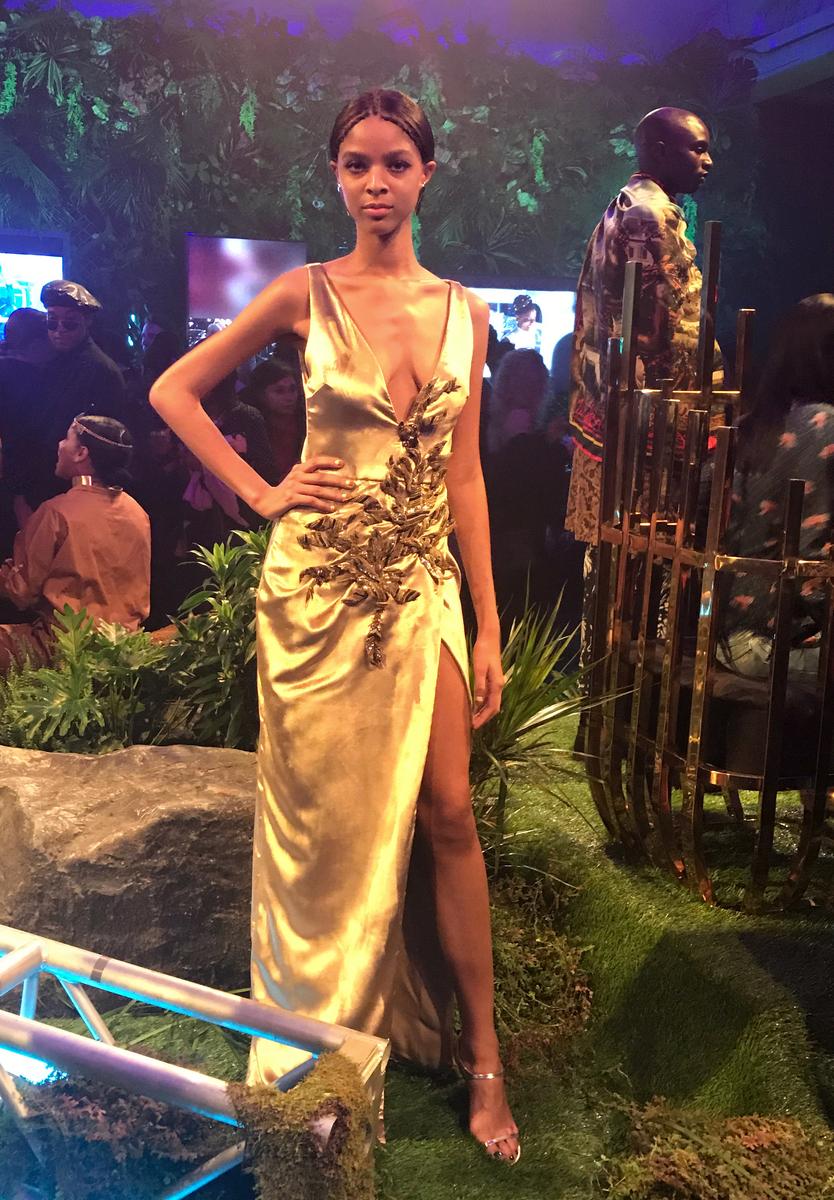 Under a blue sky and surrounded by greenery, designers who were inspired by the film’s characters and themes showcased their work as part of “Welcome to Wakanda,” an event meant to celebrate the film’s fierce African flair.

While Wakanda may be fictional, the film’s costume designer Ruth E. Carter drew from real people and places, traveling across Africa to study the patterns, bead work and silhouettes of various tribes and peoples.

“We took elements of Africa and we were inspired by it and we designed it in a futuristic way,” Carter said. “When it all came down, it was all about Wakanda and a futuristic world – a better world.”

The New York Fashion Week presentation is the first of its kind for Walt Disney Co, which owns Marvel. It has been involved in high-end collaborations before, but it’s the first time it has put on a fashion event of this scale ahead of a Marvel movie.

Winston Duke, who plays villain M‘Baku in the Ryan Coogler-directed movie, spoke about the importance of seeing black fashion and culture portrayed in film.

Designers presented their one-of-a-kind ensembles meant to pay homage to the film, which features a predominantly black cast including Michael B. Jordan, Lupita Nyong’o and Angela Bassett.

Following the event, the looks will be auctioned off in support of Save the Children, an international humanitarian organization.

New York-based designer LaQuan Smith was one of the designers chosen to present an ensemble for the collection. The look featured trendy Matrix-style sunglasses and a black sequined jumpsuit finished off with a floor-length trench coat.

“I wanted to focus on strength and a level of sensuality and sex appeal,” said the New York-born designer, who has dressed Beyonce and other celebrities. “And knowing that women can be confident, sexy and strong all in the same realm.”

“Black Panther,” which opens this week worldwide, is expected to rake in about $150 million at the North American box office on its opening weekend.