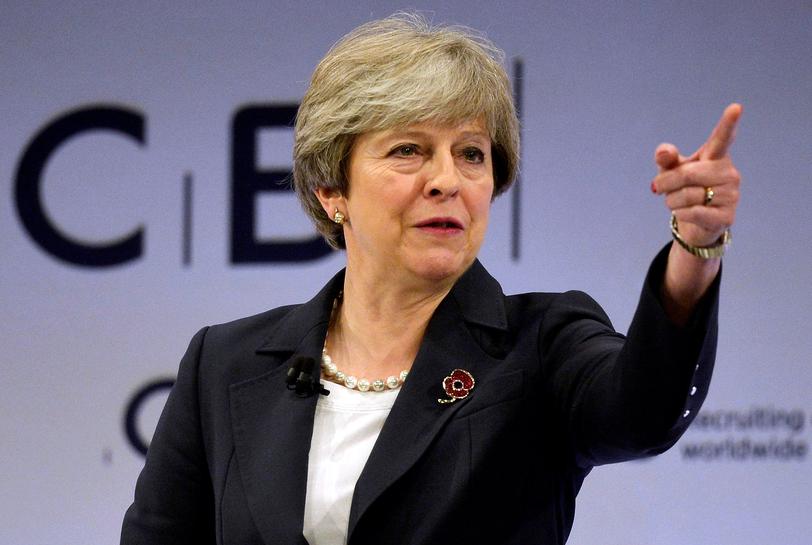 LONDON (Reuters) – British Prime Minister Theresa May and other party leaders agreed on Monday to introduce new safeguards for those working in parliament to try to contain a growing sexual harassment scandal.

Britain’s parliament is the latest institution to become embroiled in a sex scandal after abuse allegations against Hollywood producer Harvey Weinstein prompted thousands of women and men to share stories about improper behaviour.

Allegations have been made against lawmakers in several parties, but the growing scandal is particularly damaging for May who, weakened after losing her Conservatives’ majority in June, cannot afford to lose any more parliamentary seats, especially when she is trying to negotiate a Brexit deal.

May told reporters on Monday the agreement with Jeremy Corbyn, head of the main opposition Labour Party, and other leaders to introduce a new grievance procedure and face-to-face human resources support was an “important step forward”.

“The fact that they have taken place here at our seat of democracy should be a matter of shame for us all,” she said. “We’ve taken an important step forward today. It’s important we get this right and that is what I intend to do.”

Corbyn said the leaders had agreed that any form of harassment or bullying was completely unacceptable “in this workplace or indeed in any other workplace in the country”.

“We’ve agreed we will establish a group of representatives of the parties and of the staff … in this building and we will work out necessary procedures,” he told Sky News.

The scandal has led to one resignation – Michael Fallon quit as defence minister last week, but the number of allegations against lawmakers has increased almost daily.