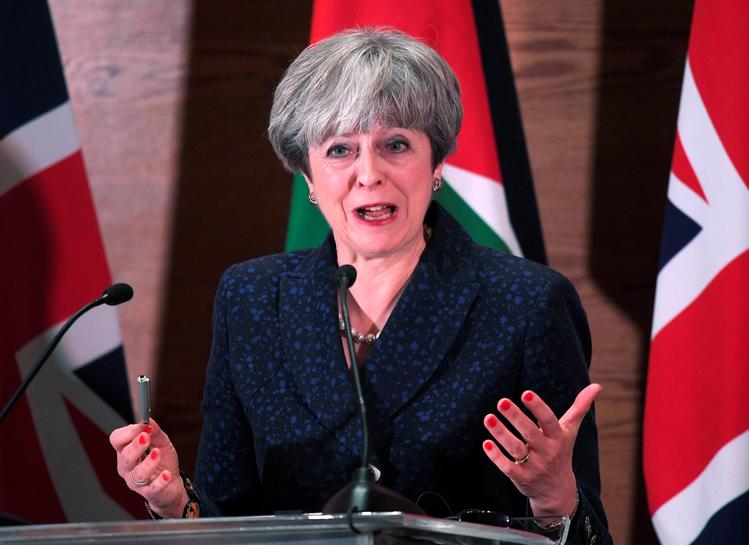 AMMAN (Reuters) – British Prime Minister Theresa May said on Thursday that U.S. President Donald Trump was wrong to retweet a video from a far-right British group which she said was “hateful” and spreads division.

Trump sparked outrage in Britain with a sharp rebuke of May on Twitter after she criticised him for retweeting anti-Islam videos from the deputy leader of Britain First.

“The fact that we work together does not mean that we’re afraid to say when we think the United States has got it wrong, and be very clear with them,” May told reporters in Amman.

“And I‘m very clear that retweeting from Britain First was the wrong thing to do,” May said.