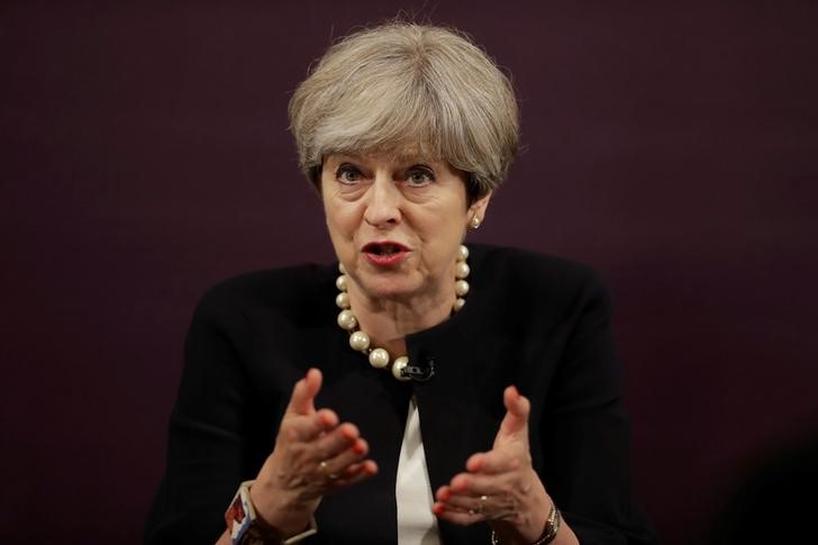 After she lost her majority in a botched election gamble, some senior ministers have resorted to public bickering over Brexit and state spending as they manoeuvre in expectation she will soon be toppled.

At a summer party for Conservative lawmakers, May told lawmakers that there should be “no backbiting, no carping”, Sky said.

“The choice is me or Jeremy Corbyn – and nobody wants him,” May told her lawmakers, according to the Daily Mail newspaper. “Go away, have a proper summer break and come back ready for serious business.”

May will warn ministers on Tuesday that cabinet discussions should not be leaked and that public squabbling must end, Sky said.

Man dies after being run over by train near Kallang MRT station
Malaysia’s king says parliament can convene during emergency
Wrong COVID-19 vaccine dosage for SNEC employee, vaccination certificates set to be discussed in Parliament
9 women arrested in Philippines over suspected Abu Sayyaf suicide bomb plots
Commentary: China is in no position to take Taiwan by force