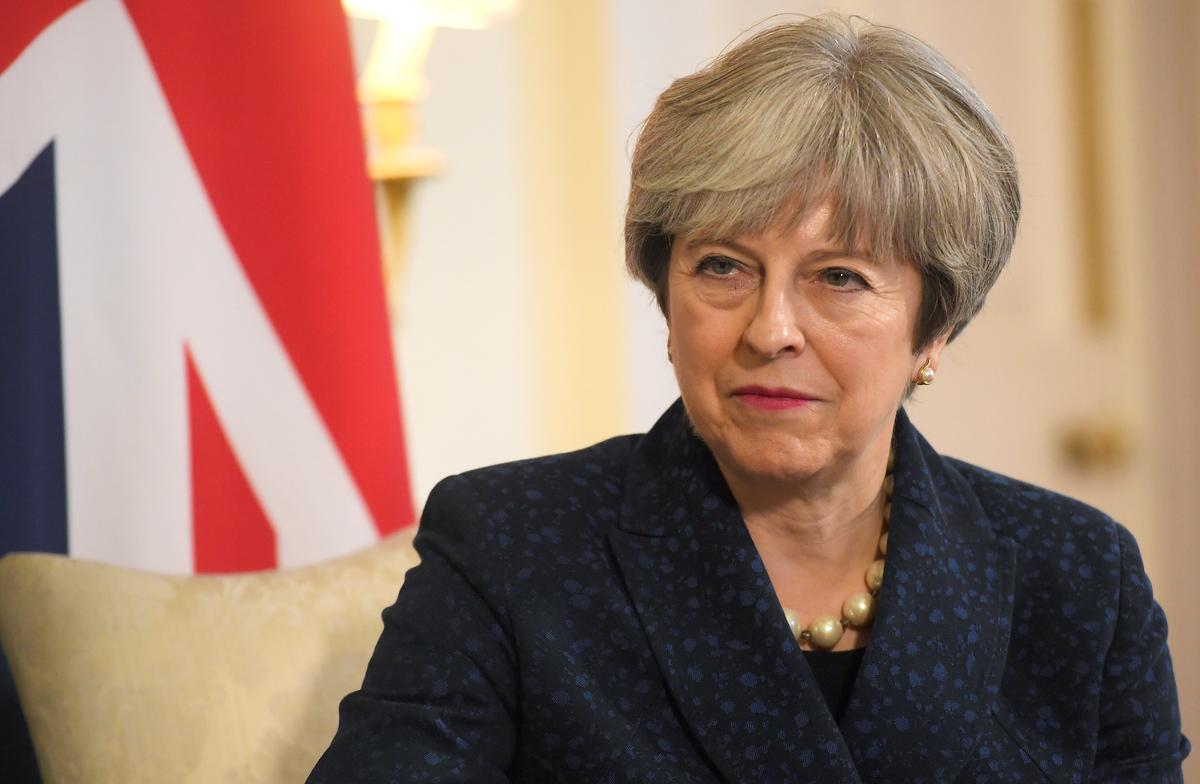 LONDON (Reuters) – Prime Minister Theresa May will pitch her plan for a Brexit transition period with unchanged access to European Union markets when she briefs MPs on Monday about her latest negotiating trip to Brussels.

May secured an agreement last week to move previously-deadlocked talks forward onto the topic of interim and long-term trading arrangements.

On Monday she will report back to parliament on those talks, setting out the framework of a time-limited implementation period designed to smooth Britain’s EU exit and provide clarity for businesses and citizens.

“This will help give certainty to employers and families that we are going to deliver a smooth Brexit,” May will say, adding that the guidelines agreed last week point to a shared desire with the EU to make “rapid progress” on a deal.

The outline of the transition period that May will present is consistent with plans she has previously set out, and remains subject to negotiation in Brussels.

“During this strictly time-limited implementation period which we will now begin to negotiate, we would not be in the Single Market or the Customs Union, as we will have left the European Union,” May will say according to advance extracts of her statement.

“But we would propose that our access to one another’s markets would continue as now, while we prepare and implement the new processes and new systems that will underpin our future partnership.”

But the plan is not guaranteed to be universally accepted by MPs in May’s Conservative Party, which is still deeply divided over the best route out of the bloc, and for some even the principle of leaving the EU.

May is reliant on the backing of all members of her party to put her Brexit plans into action, having lost her parliamentary majority in an ill-judged snap election earlier this year which left her needing the support of a small Northern Irish party.

On Saturday, some Conservatives who want to see Britain make a more radical break with the bloc baulked at a suggestion by Chancellor Philip Hammond that the implementation phase would amount to recreating the status quo with the EU.

May will say that during the interim period, Britain wants to begin registering EU citizens’ arrival in the country in preparation for a new immigration system, and would hope to agree, and possibly even sign, post-Brexit trade deals with non-EU states.

As well as briefing parliament, May is expected to meet key ministers on Monday to discuss the even thornier issue of what the country’s long-term relationship with the EU should be – the first time since the June 2016 vote to leave that she has broached the topic with senior cabinet members.

A full cabinet discussion on the so-called “end state” of the Brexit talks is then due on Tuesday.

One of the key pro-Brexit voices in the cabinet, foreign minister Boris Johnson, on Sunday set out his own long-term view, warning May that Britain must avoid becoming subordinate to the EU.