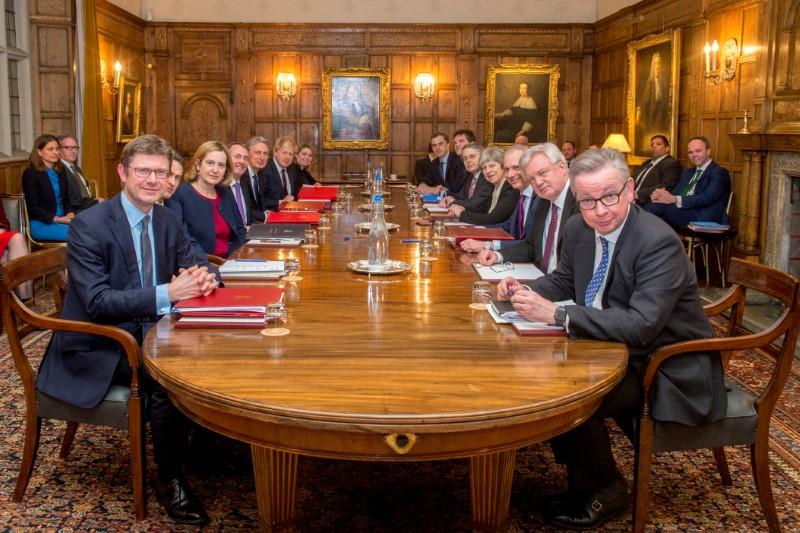 LONDON (Reuters) – Prime Minister Theresa May will outline her wishes for Britain’s post-Brexit ties with the European Union next week after winning support from key ministers, although European Council President Donald Tusk on Friday called the ideas floated so far “pure illusion”.

EU leaders have repeatedly pressed May to detail her vision for future relations, but she has been hampered by divisions within her Conservative Party, with some backing continued close ties and others seeking a “clean break”.

In an attempt to forge a common position, May hosted an eight-hour meeting of her so-called Brexit war committee on Thursday at her 16th-century country residence outside London.

Few details of the discussions were released, but one source said May had accepted the argument of those ministers who wanted to diverge more quickly from EU rules and regulations.

“It was a very positive meeting and a step forward, agreeing the basis of the prime minister’s speech on our future relationship,” May’s spokesman told reporters, adding that she would deliver her speech on March 2.

“The prime minister has set out her plans clearly; we are working towards getting a deal that we believe will work for all parts of the UK and deliver as frictionless a border as possible and tariff-free trade.”

Britain has little time to negotiate the terms of the divorce and the outlines of the future relationship before it leaves the EU on March 29 next year.

The other 27 members of the EU, who together have about five times Britain’s economic might, have a strong incentive to deny the UK a deal so attractive that it might encourage others to follow the British example.

The EU will not agree to the kind of “managed divergence” Britain is believed to favour in its future relationship, sources in Brussels said on Thursday.

That plan would have Britain sticking to EU rules in some areas, diverging moderately in others and opting for very different solutions for the rest.

The EU says this smacks of “cherry-picking”, or of Foreign Secretary Boris Johnson’s view that Britain can “have its cake and eat it”.

“I am afraid that the UK position today is based on pure illusion,” Tusk told journalists after 27 EU leaders – all apart from May – met in Brussels.

“It seems like the ‘cake’ philosophy is still alive. From the very start it has been a key clear principle of the EU 27 that there can be no cherry-picking and no single market ‘a la carte’.”

He said the remaining EU states would adopt a joint stance on the post-Brexit relationship in a summit at the end of March, whether London provided input or not, and would be “extremely realistic in our assessment of possible new proposals”.

Many businesses and investors complain that they still lack details on how trade will flow between the world’s biggest trading bloc and its sixth largest economy after Brexit.

Chancellor Philip Hammond, the most pro-European of May’s senior team, said he felt a “real sense of momentum” towards agreeing a transition deal with the EU at the summit.

But former prime minister Tony Blair said the government was not being realistic.

“They’re basically still in ‘have cake and eat it’ mode and it won’t work,” Blair said. If Britain wanted a close trading relationship with the EU, it would have to keep in line with EU rules and standards, he added.

Opponents of Brexit in Britain are seeking to halt the process and even trigger a rerun of the shock 2016 referendum.

Eloise Todd, the chief executive officer of ‘Best for Britain’, which is about to launch a major campaign, said the odds of stopping Brexit were now close to 50-50.

Rebel Conservative lawmaker Anna Soubry is seeking to amend the government’s trade bill to oblige Britain to form a customs union with the EU after Brexit, a move that would complicate May’s attempts to keep her party behind her.

That chimes with the main opposition Labour Party, whose spokeswoman for foreign affairs said it would seek to join a new customs union with the EU after Brexit.

“Technically, because we’re leaving the European Union, we can’t be in the customs union we are in now,” Emily Thornberry said. “We leave and then we have to negotiate a new agreement that, we think, is likely to be a customs union that will look pretty much like the current customs union.”

Labour leader Jeremy Corbyn, who says he supports leaving the EU, is due to give a speech on Brexit on Monday. His party has said it will have a strong emphasis on retaining the benefits of the EU’s single market and the customs union.