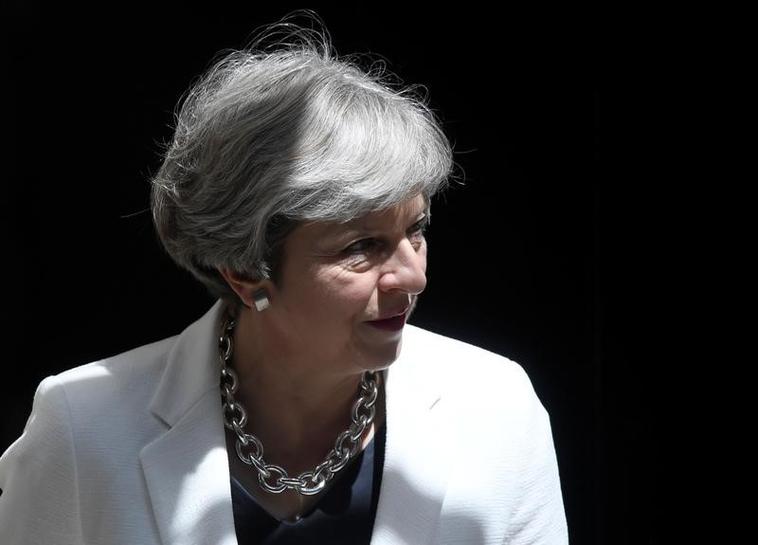 LONDON (Reuters) – British transport minister Chris Grayling, one of Prime Minister Theresa May’s closest cabinet colleagues, has predicted she will remain in the job until at least 2020 and could even fight another national election.

Following reports of cabinet infighting, Grayling said in an interview with the Daily Telegraph, published on Saturday, he was confident May would continue as prime minister once Brexit has been achieved in March 2019 because “she commands the overwhelming support of the Conservative Party”.

Grayling was May’s campaign manager when she won the Conservative Party leadership in 2016.

May’s authority has been weakened after she lost her parliamentary majority in June’s election.

She has vowed to stay on as prime minister, and senior members of her party say there is no appetite for a leadership contest or a fresh election.

However, that has not stopped reports of infighting among ministers as potential successors vie for her job.

The Daily Telegraph asked Grayling whether he thought May would still be PM in 2020, rather than being forced out after Brexit in 2019.

He said: “I absolutely want her to be and I think she will be.”

Grayling did not rule out May fighting another election.

“Who knows? We’ll see further down the road what happens, but ultimately I think it will be her choice, as it should for any prime minister about how long they want to serve.”

Grayling also said there had been “a lot of exaggeration” about the extent of the row between his various cabinet colleagues.