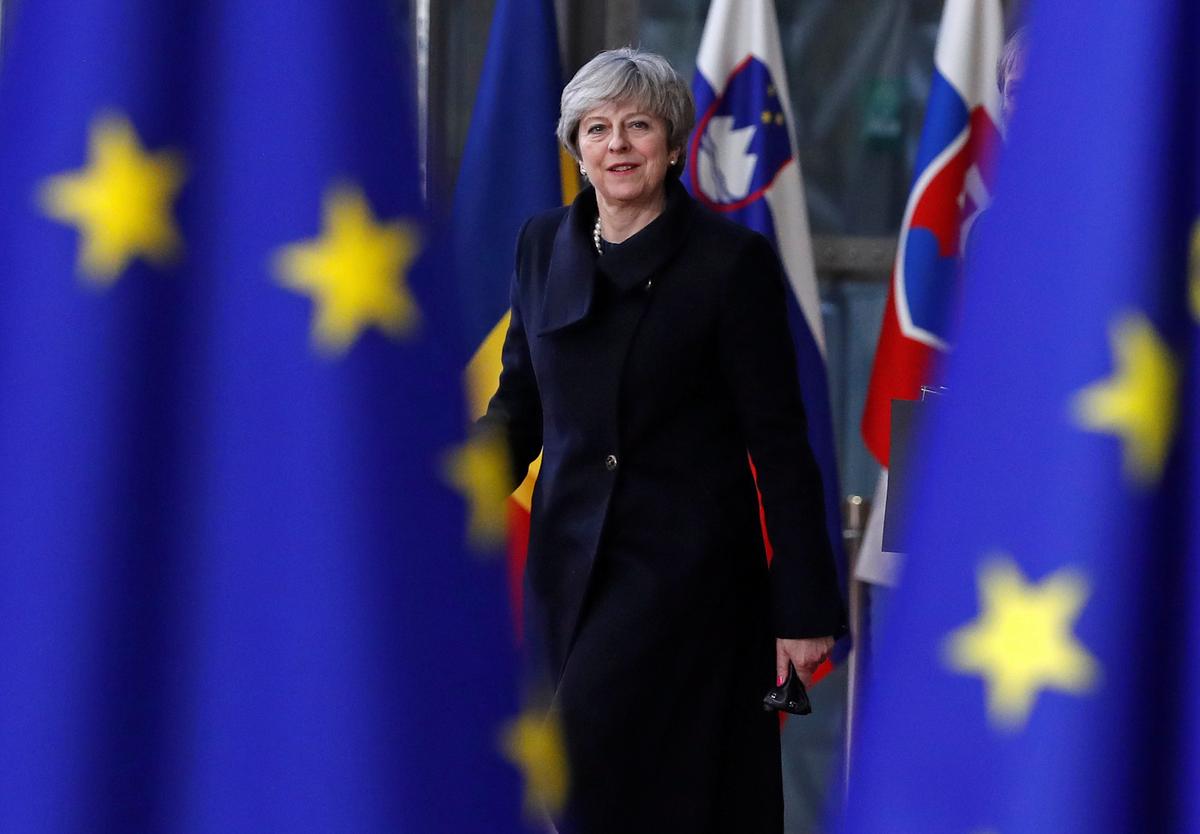 LONDON (Reuters) – Prime Minister Theresa May said on Wednesday she would permit a short delay to Britain’s departure from the European Union in exceptional circumstances, bowing to criticism from her own party over the government’s plan to fix the exit date in law.

The decision is a compromise with Conservative members of parliament who last week rebelled in parliament and inflicted an embarrassing defeat on May during a debate on the legislation which will end Britain’s EU membership.

May had been headed for a second defeat later on Wednesday after several members of her party said they would vote against writing the date of Britain’s EU exit, March 29, 2019, into law.

Rebels had signalled they would be prepared to back down if a proviso was added to the bill allowing that date to be changed if necessary.

Speaking ahead of an eight-hour debate on the legislation, May told parliament she would accept the compromise.

“We have accepted the amendment… but I can assure …(members of parliament) that we would only use this power in exceptional circumstances, for the shortest possible time,” May said.

May is facing a tight timetable to deliver Brexit.

She wants to negotiate a transition deal with Brussels by March to reassure businesses and then seal a long term trade deal by October. Brussels has signalled a detailed trade deal is likely to take much longer, and that Britain’s transition period must end by 2020.

In addition, May’s government has to undertake the huge legislative task of transferring the existing body of EU law into British law before it leaves in order to provide legal certainty for businesses.