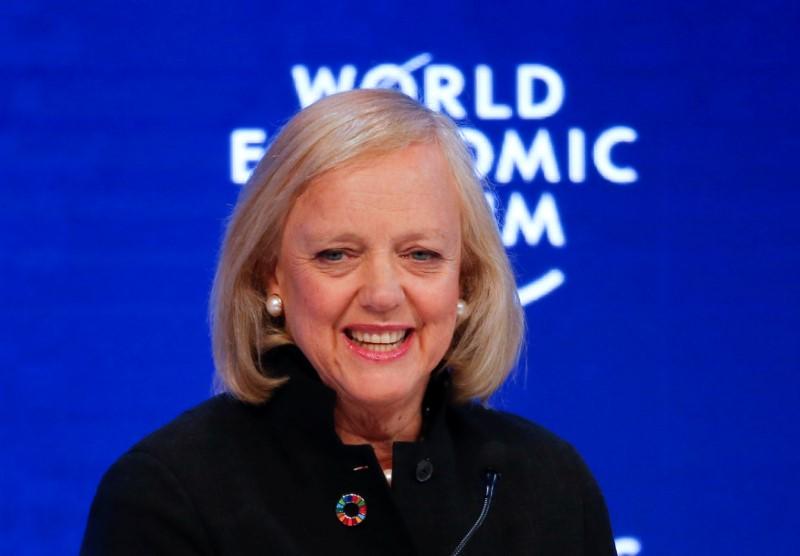 NewTV plans to produce Hollywood-style, short-form videos for mobile use and several media reports said it is trying to raise $2 billion, which would be a significant first round of financing for a digital media start-up. NewTV declined to comment on the funding.

Whitman will join March 1. Katzenberg is chairman of NewTV.

In November, Meg Whitman said she would step down as chief executive of Hewlett Packard Enterprise Co (HPE.N) on Feb. 1, ending a multi-year career that included overseeing one of the biggest corporate breakups in history.

Whitman is considered one of the most powerful women in U.S. business. A former candidate for California governor, she oversaw the spinoff of Hewlett Packard Co into HPE and PC-and-printer business HP Inc (HPQ.N) in 2015, as part of a plan to turn around the corporation. Whitman shed assets and cut thousands of jobs as HPE focused more on its server and networking operations.

Whitman, who also headed eBay Inc (EBAY.O), was reported to have been a leading candidate for the chief executive job at ride-hailing firm Uber before it was given to Dara Khosrowshahi.

Whitman also served on the board of DreamWorks Animation SKG.