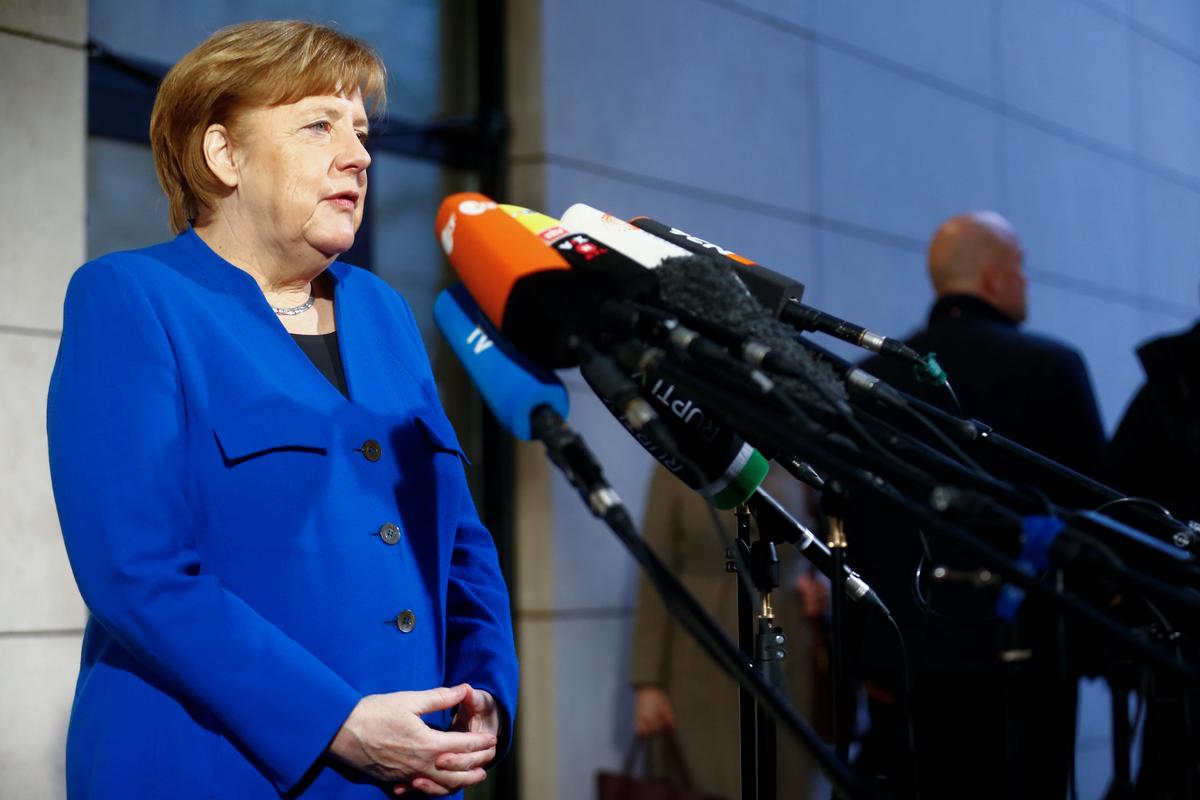 The agreement between party and parliamentary leaders should pave the way for detailed negotiations in coming weeks, lifting the uncertainty that has undermined Germany’s role in international affairs and raised questions about how long Merkel will stay in her job.

Weakened by an election setback in September, Merkel turned to the left-leaning SPD to renew their so-called “grand coalition” after the collapse in November of talks on a three-way coalition with the Greens and Free Democrats (FDP).

The chancellor, who commands wide respect abroad after more than 12 years in power, needs the talks to succeed to avoid further erosion of her personal authority and weakening of German international influence, not least in the European Union.

Ralph Stegner of the Social Democratic Party (SPD), Volker Bouffier of the the Christian Democratic Union (CDU) and acting German Interior Minister Thomas de Maiziere are seen through a window at exploratory talks about forming a new coalition government at the SPD headquarters in Berlin, Germany, January 11, 2018. REUTERS/Fabrizio Bensch

Merkel has ruled with the SPD in two of her three terms in office, including in the last parliament from 2013-2017. A re-run of their partnership is not yet certain.

Before the two groups move to formal coalition negotiations, SPD leaders need to convince party members to give a green light at a congress planned for Jan. 21.

Many SPD members fear governing with the conservatives again would further weaken their party after it suffered the worst result in September’s vote since the modern Federal Republic was founded in 1949.

Kevin Kuehnert, head of the youth branch of the SPD, said on Thursday he planned a ‘NoGroKo’ tour of Germany to persuade party delegates to vote against the grand coalition.