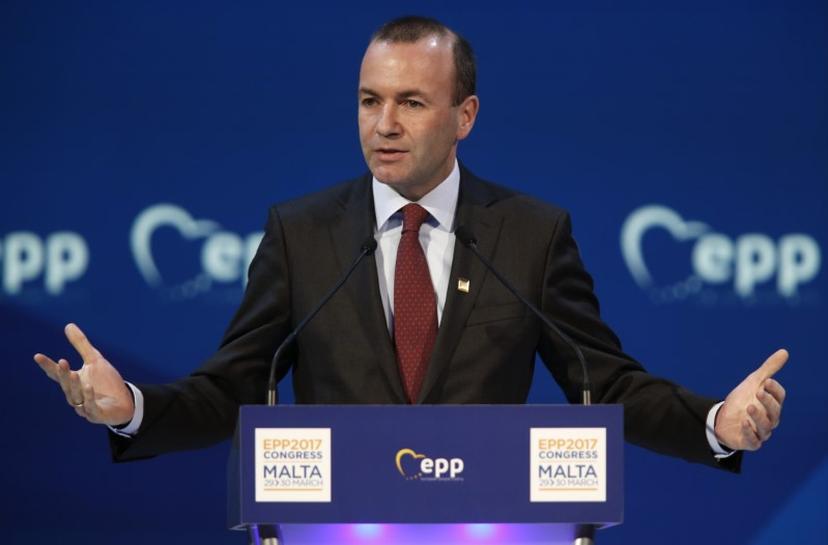 LONDON (Reuters) – Manfred Weber, a leading lawmaker in the European Parliament, said on Wednesday he was more confident about Britain and the European Union ironing out difficulties in the Brexit talks.

Weber, an ally of German Chancellor Angela Merkel in the parliament, spoke after meeting Theresa May in London but would not say whether the British prime minister had signalled she was ready to move on a financial settlement with the EU.

Negotiations to unravel more than 40 years of union have stalled over the divorce bill, with EU officials increasingly frustrated that Britain has not detailed its approach to settling what it owes the bloc when it leaves in March 2019.

“After my meetings here in London my main message is I am more optimistic, there is progress … That is the most important thing because the perspective from a European point of view towards London was in the last weeks not so clear,” Weber told a news conference.

Asked whether there was any movement on the financial settlement, he declined to comment on what he described as private discussions with May.

A spokesman for May said in a statement that she and Weber had discussed an “implementation period” to smooth Britain’s departure from the bloc, and that Weber had asked what “this would look like in practice”.

“The Secretary of State for Exiting the EU (Brexit minister David Davis, who was also present) outlined the need to avoid a cliff-edge (exit) – including for the stability of the financial sector across Europe,” the spokesman said.