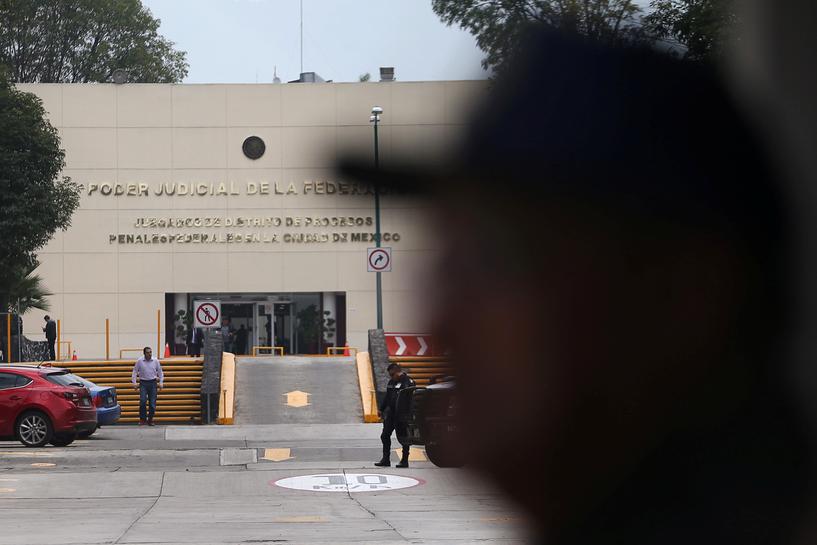 MEXICO CITY (Reuters) – A former state governor from Mexico’s ruling party will stand trial for engaging in organized crime and handling funds of illicit origin after a judge reviewing evidence approved the case, the attorney general’s office said on Saturday.

Javier Duarte, who until 2016 governed the Gulf coast state of Veracruz for President Enrique Pena Nieto’s Institutional Revolutionary Party (PRI), has been accused by the opposition of siphoning off millions of dollars during his six-year tenure.

On Monday, Duarte was extradited to Mexico from Guatemala, where he was captured in April after spending months on the run. He has denied any wrongdoing. Some doubts had surfaced in the past few days about the strength of the case against him.

However, after presenting 82 pieces of evidence in hearings on Saturday, the attorney general’s office said in a statement that the judge gave prosecutors six months to proceed with the investigation against 43-year-old Duarte.

According to prosecutors, Duarte headed an organization consisting of at least nine other people, whose criminal operations were carried out in Veracruz, the eastern Gulf state of Campeche and Mexico City between 2011 and 2016.

Shell companies were used by the organization as a conduit for illicit funds, the attorney general’s office said.

Duarte’s case has become a symbol of government failure to root out graft, undermining support for the PRI, which has been Mexico’s dominant party for most of the past century.

Corruption is shaping up to be a key issue in next year’s presidential election, with opinion polls showing the PRI faces a serious risk of being voted out of office.