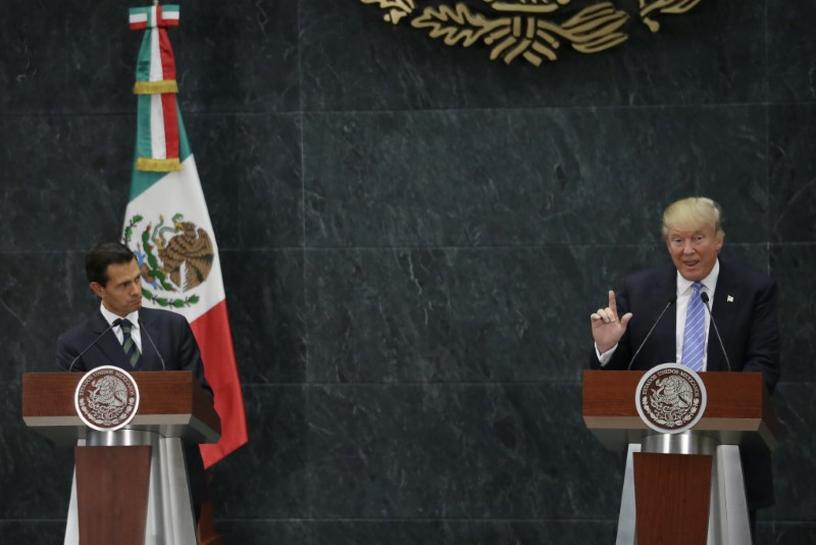 MEXICO CITY A meeting between Mexican President Enrique Pena Nieto and U.S. President Donald Trump on Friday at the G20 summit in Germany will last about 30 minutes and probably not lead to any major agreements, Mexico’s foreign minister said on Wednesday.

The face-to-face talks will be the first between Pena Nieto and Trump as presidents. Mexican Foreign Minister Luis Videgaray warned not to expect too much.

“We have to put it in context and not have expectations that are unjustified,” Videgaray said in a press release.

Trump’s election and his early days in office sent U.S.-Mexico relations to a new low due to his threats to apply tariffs to Mexican-made goods and a plan to build a wall on the southern U.S. border to keep out illegal immigrants.

Trump and Pena Nieto will discuss renegotiations of the North American Free Trade Agreement (NAFTA) scheduled for August, as well as cooperation in combating drug cartels and development in Central America, the foreign ministry said. Pena Nieto will also talk about the rights of Mexican migrants in the United States, the ministry said.

One topic not on the agenda at the meeting in Hamburg is Trump’s pledge to build a wall on the U.S.-Mexico border, Videgaray said in an earlier television interview.

In late January, a planned meeting between the presidents was canceled following a Twitter dispute over Trump’s pledge to make Mexico pay for the wall, a campaign promise popular among many of his supporters. Trump has since shied away from that demand.

Trump’s administration also toned down earlier threats to pull out of the NAFTA pact with Mexico and Canada.

This month, the U.S. and Mexican governments resolved a long-standing dispute over the sugar trade, while agricultural ministers from the three NAFTA countries met and said there were “relatively few” differences over farm trade to resolve in talks.

Last August, during Trump’s presidential campaign, he accepted an invitation to visit Mexico in what became a public relations disaster for Pena Nieto, who was widely condemned for inviting a man who has united Mexican like few others in shared disdain.

One of Pena Nieto’s closest aides, Videgaray was viewed as instrumental in organizing that meeting, and he lost his job as finance minister as a result. Pena Nieto in January revived Videgaray’s career, appointing him as foreign minister.

China Faces Pushback After Adoption of Controversial Coast Guard Law
Tighter COVID-19 measures will remain for a few weeks after Chinese New Year festivities: Lawrence Wong
Industry players should not ‘stoke exuberant sentiments’ in property market: Indranee Rajah
Commentary: Why I will probably never own a car – not even an eco-friendly one
Commentary: To be president? What Myanmar military leader’s endgame may be