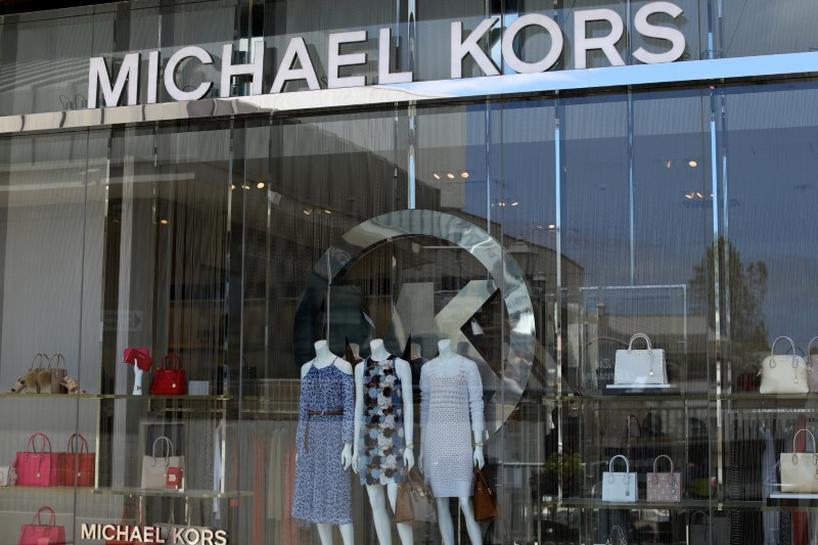 (Reuters) – Michael Kors Holdings Ltd (KORS.N) reported better-than-expected profit for the first quarter as it cut down on promotions and sold more premium handbags, and lifted its full-year revenue forecast, sending the company’s shares up as much as 22 percent.

Once the hottest name in affordable luxury, Kors has been grappling with declining same-store sales as more people shop online. Over-distribution of its products and a reliance on promotions to boost sales also eroded some of Kors’ brand value and its appeal.

To reverse an eight-quarter slump in same-store sales, Kors is pursuing a multi-brand strategy for growth and diversifying into new products. Last month, the maker of the popular Mercer and Hamilton handbags announced a deal to buy high-end shoemaker Jimmy Choo.

Kors is also adding more menswear and dresses to its shelves, shrinking the number of stores it owns and yanking a chunk of its products from department stores such as Macy’s Inc (M.N), where steep discounts have been the norm to attract customers amid a broader retail slowdown.

A $1,000 satchel, called The Bancroft, and customizable leather goods were a hit in North America, Chief Executive John Idol said on a conference call.

That helped operating margins at Kors stores increase for the first time in more than eight quarters, according to brokerage Jefferies.

While profit dropped 15 percent to $125.5 million, or 80 cents per share, in the quarter ended July 1, it handily beat Wall Street’s expectations of 62 cents, according to Thomson Reuters I/B/E/S.

Kors also for the first time quantified Jimmy Choo’s impact on revenue. The company said it expects the deal to add about $275 million to sales in the second half of the year ending March 2018, assuming the deal closes by the third quarter.

Excluding sales from Jimmy Choo, Kors expects fiscal 2018 revenue of about $4.28 billion, slightly higher than its earlier forecast of $4.25 billion.

The company’s same-store sales fell 5.9 percent in the quarter, less than the 8.9 percent decline analysts polled by Consensus Metrix had expected.