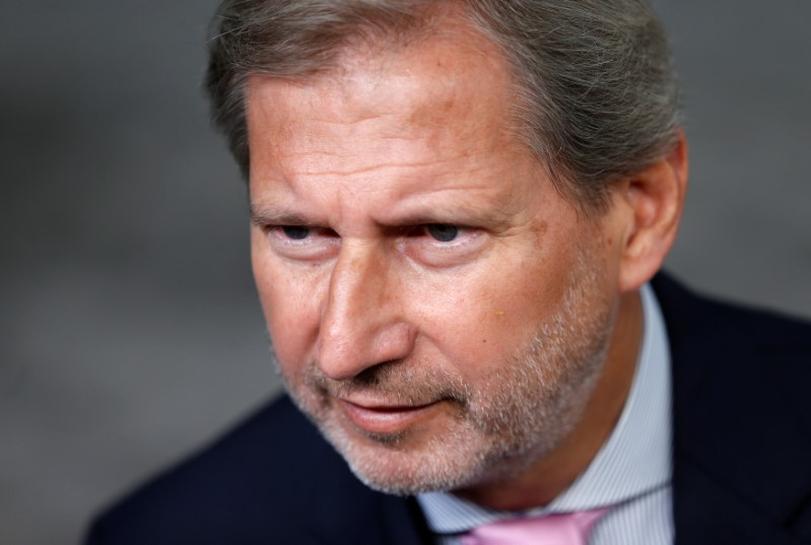 VIENNA (Reuters) – An EU deal with Turkey to stem the westward flow of migrants is working well, and day-to-day bilateral ties are better than rhetoric might suggest, the bloc’s top official for relations with neighboring states said.

Austrian Johannes Hahn made the comments to ORF radio on Tuesday, days after Germany raised the possibility of suspending European Union aid payments promised to Turkey under the migrant deal.

In exchange for 3 billion euros in financial aid and a promise to ease visa restrictions for Turks, Ankara has sharply cut numbers of migrants crossing into Europe via its territory from conflict zones in the Middle East and Afghanistan.

“I have no concerns of any kind regarding the upkeep of the refugee agreement. It works,” Hahn said. He and EU foreign policy chief Federica Mogherini are due to meet Turkish Foreign Minister Mevlut Cavusoglu and EU Affairs Minister Omer Celik later in the day.

“One must say in many areas daily cooperation works better than the rhetoric and some of Turkey’s actions might make one assume.”

The migrant deal has been especially welcomed by Germany, the preferred destination for the migrants, but relations between Berlin and Ankara have hit a low over a range of issues, and each has accused the other of “unacceptable” behavior in recent days.

Hahn’s home country has meanwhile led calls for a formal end to suspended EU accession talks with Turkey – which were also due to be spurred by the migrant deal – over a security clampdown following a failed coup last year.

Under that state of emergency, some 50,000 people have been jailed pending trial – including a German citizen working with a human rights group – and around 150,000 suspended or dismissed from their jobs.

Asked where he saw Turkey’s chances of EU accession in a year’s time, Hahn said he saw no need for the state of emergency to still be in place, and that removing it would improve the rule of law in Turkey.

Foreign Minister Cavusoglu has said Ankara could re-evaluate or suspend all agreements under the refugee accord if the EU does not give a positive response on the issue of visa-free travel for Turks.