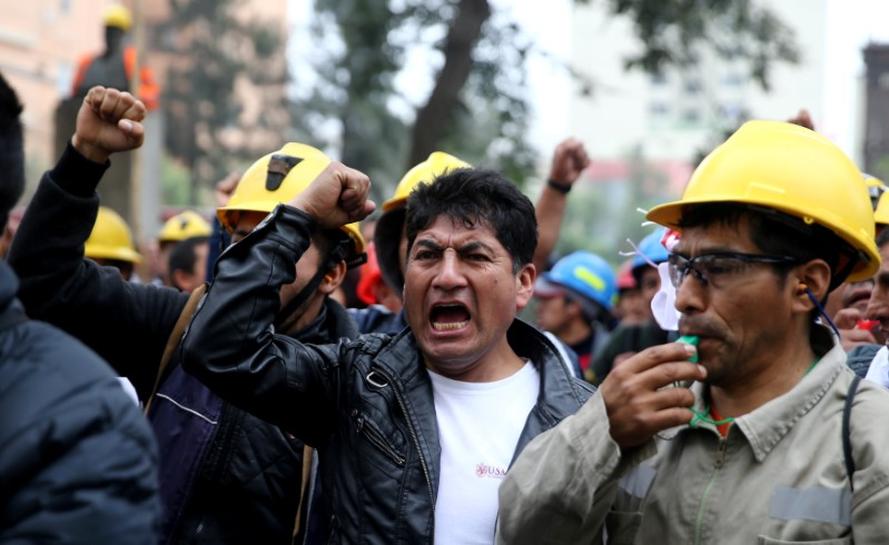 LIMA (Reuters) – Striking mining workers in Peru agreed to return to work by Monday after the government of President Pedro Pablo Kuczynski promised to name a task force to discuss labor laws with them, the Labor Ministry said on Friday.

Unionized miners started the nationwide strike on Wednesday to protest what they described as proposed labor reforms that would make firing easier and workplaces less safe.

The government has denied that it wants to pass laws that would be bad for workers.

Union leaders called off the strike after five hours of talks, the Labor Ministry said in a statement. A task force that includes Labor Minister Alfonso Grados and union representatives will discuss laws for mining workers over a month-long period starting in August, it said.

The strike has not affected production at some of Peru’s biggest mines, according to the companies that operate them, but clashes between police and hundreds of striking miners erupted during protests in Lima on Thursday and Friday.

The National Federation of Mining, Metallurgical and Steel Workers of Peru (FNTMMSP), which organized the strike, did not immediately respond to requests for comment.