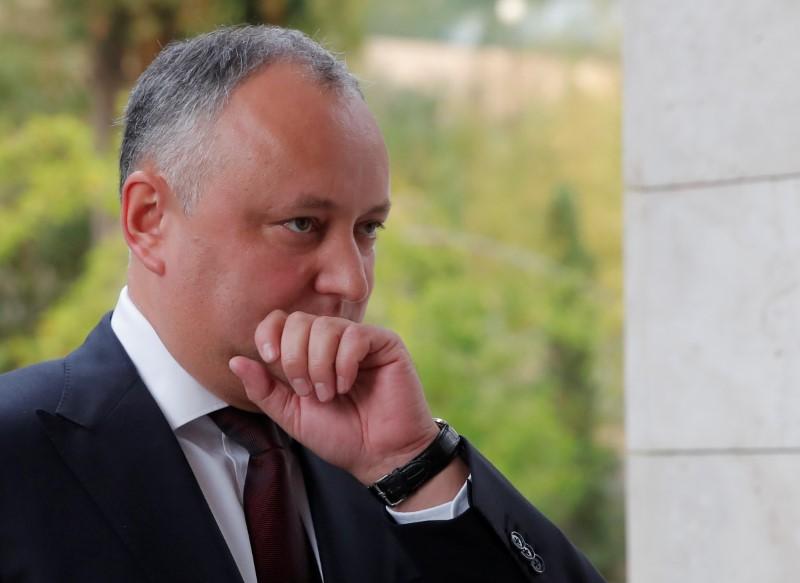 KIEV (Reuters) – Moldovan President Igor Dodon on Tuesday rejected a decision by the country’s constitutional court to suspend his powers temporarily due to a wrangle between him and the pro-Western government over ministerial appointments.

Dodon had earlier blocked the government’s choice of new ministers in a reshuffle, accusing the nominees of incompetence and saying some had links to a notorious scandal in which around $1 billion was siphoned out of the banking system.

In retaliation, the ruling coalition appealed to the constitutional court to suspend Dodon’s powers so that the government could push through its choice of ministers.

The Moscow-backed Dodon has frequently locked horns with the Chisinau government, especially during a series of spats between Moldova and Russia in 2017 that culminated in Moldova recalling its ambassador to Moscow in December.

“The court once again confirmed its image of an obedient political instrument, not a constitutional body. This is a shameful and regrettable fall for a state that claims to be democratic,” Dodon said in a Facebook post.

“As for my position, I decided not to give in. It’s better that than to spend years explaining why some or other of the compromised ministers were appointed to the post.”