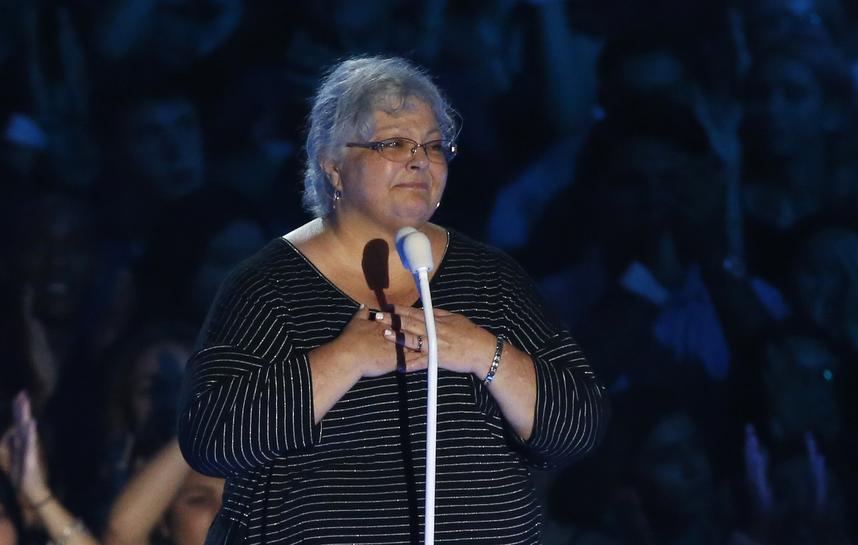 LOS ANGELES (Reuters) – The mother of a woman killed during clashes between white nationalists and anti-racist protesters in Virginia said on Sunday she was launching a foundation in her daughter’s name to promote social justice issues.

Susan Bro’s daughter, Heather Heyer, was mowed down by a car driven into anti-racists who were protesting against a rally by white supremacists in Charlottesville, Virginia, on Aug. 12.

Bro, appearing at the MTV Video Music Awards in Los Angeles on Sunday, said she was setting up the Heather Heyer Foundation in honor of her 32-year-old daughter, a paralegal.

Separately, Paris Jackson, the 19-year-old daughter of the late “Thriller” singer Michael Jackson, used her time as a presenter to decry the events in Charlottesville in the most overtly political speech of the awards show.

“Leave here tonight remembering that we must show these Nazi white supremacist jerks in Charlottesville, and all over the country, that … we have zero tolerance for their violence, their hatred, and their discrimination,” Jackson urged the crowd.

Bro said she had been moved by the outpouring of public support following Heyer’s death. The foundation would provide scholarships to people interested in studying social justice issues, she said.

She was on hand to present the MTV Video Music Award for the song for the “Best Fight Against the System,” a new award that recognizes activism and social issues in music.

To mark the setting up of the Foundation, MTV announced that all six of the 2017 VMA nominees would win the 2017 statuette. The songs ranged from issues such as body-shaming to immigration and the environment.

The Hamilton Mixtape, “Immigrants (We Get the Job Done)” (Immigration)