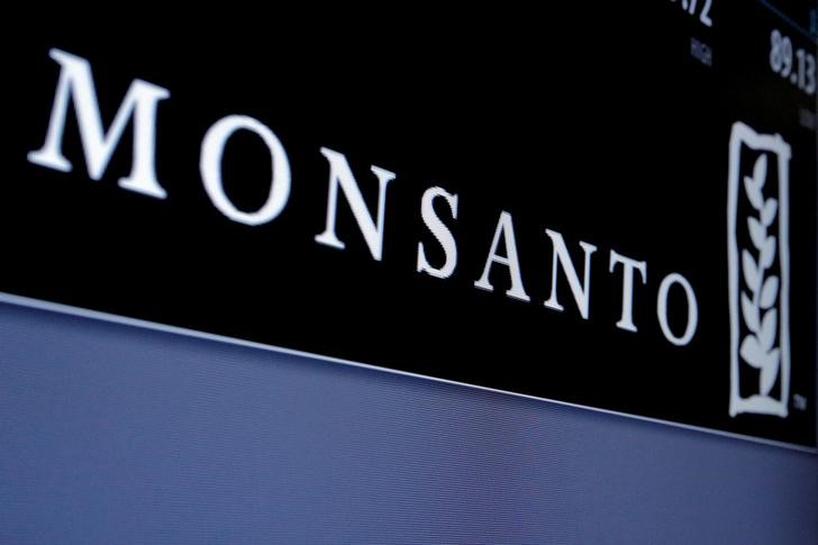 FILE PHOTO: Monsanto logo is displayed on a screen where the stock is traded on the floor of the New York Stock Exchange (NYSE) in New York City, U.S., May 9, 2016. REUTERS/Brendan McDermid/File Photo

Monsanto said in a statement that the permit had been withdrawn on unwarranted legal and technical grounds. The company said it would take the necessary steps to safeguard its rights and those of farmers using the technology, but did not elaborate.

SENASICA officials could not immediately be reached for comment. Mexican newspaper Reforma cited a document saying the permit had been withdrawn due to the detection of transgenic Monsanto soya in areas where it was not authorized.

Monsanto rejected that argument, saying in its statement that authorities had not done an analysis of how the soy on which their decision was based was sown.

The revocation applies to the states of Tamaulipas, San Luis Potosi, Veracruz, Chiapas, Campeche, Yucatan and Quintana Roo and follows a 2016 legal suspension of the permit.