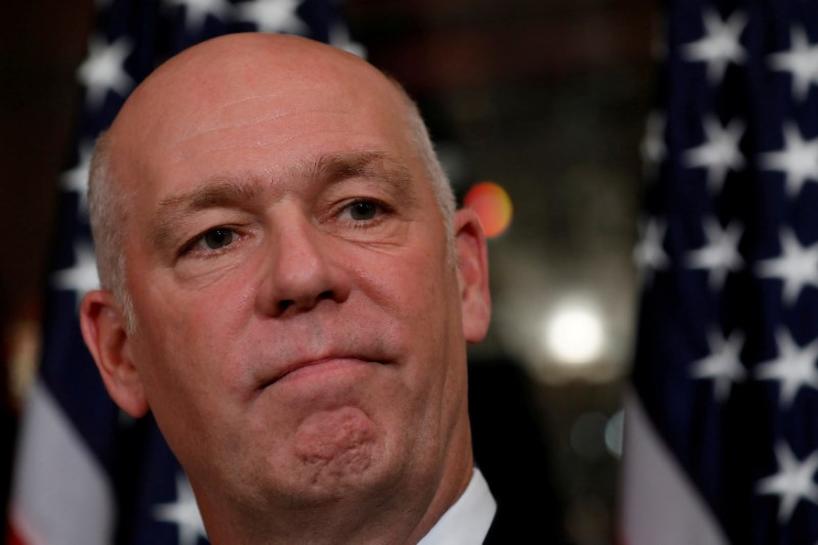 (Reuters) – U.S. Representative Greg Gianforte will perform community services at a Montana nonprofit that builds wheelchairs for children after pleading guilty to assaulting a reporter during his election campaign, local media reported on Sunday.

Gianforte was ordered to do 40 hours of volunteer work as part of his sentence for attacking Ben Jacobs, a correspondent for Britain’s Guardian newspaper, on May 24, the day before a special election to fill Montana’s sole congressional seat. He has a Nov. 28 deadline to complete the community service.

Gianforte’s altercation with the reporter was portrayed at the time as an example of the new toxicity of American politics. Critics of President Donald Trump say his strident criticism of the media has encouraged violence against journalists, while his supporters say many journalists are too aggressive and disrespectful.

Jacobs, a political reporter for the U.S. edition of The Guardian, said Gianforte had “body-slammed” him, breaking his eyeglasses, when he posed a question about healthcare during a campaign event in Bozeman.

After initially defending his actions, Gianforte later apologized to Jacobs and pledged to make a charitable contribution.

While imposing no jail time, Gallatin County Justice Court Judge Rick West also required Gianforte to complete 20 hours of anger-management counseling. The congressman has told the court he will see a Bozeman therapist.

Gianforte and representative of the court could not be reached on Sunday for further comment.

Veteran Hong Kong actor Wu Mengda dies age 70
Government to double matching amount in CDA to S$6,000 for second child
Commentary: Here’s how green bonds will take Singapore’s reputation as a finance hub to the next level
Man dies after being run over by train near Kallang MRT station
Protests swell after Myanmar junta raises spectre of force