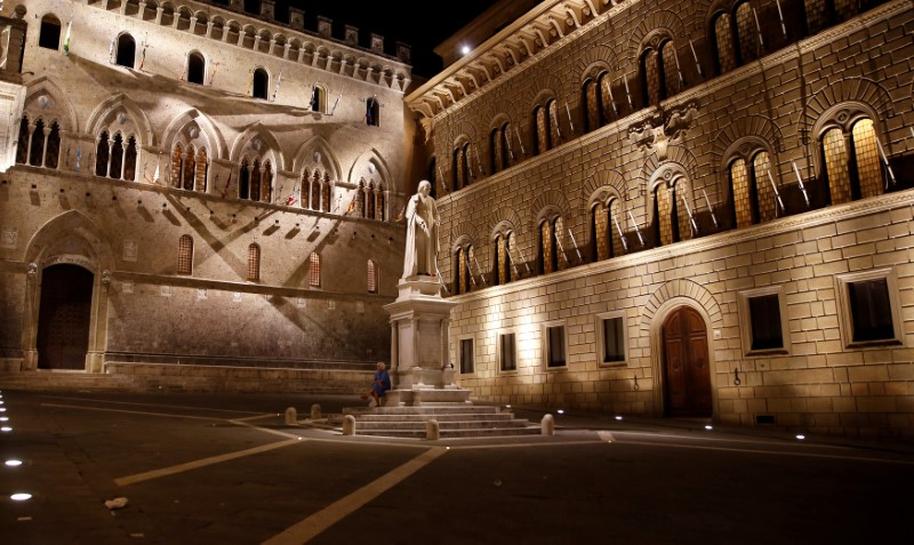 After months of talks with European regulators, the bank completed an 8 billion euro capital increase to strengthen its finances this week. This included a 3.85 billion euro cash injection from the state, giving the government an initial stake of about 52.2 percent in the world’s oldest bank.

As a result of the recapitalization, the bank’s so-called CET 1 ratio, a key measure of financial strength, now stands at 15.4 percent, one of the strongest in Europe.

It was a lowly 6.5 percent at the end of March and would have been just 1.5 percent without the cash injection.

Besides the state’s cash, the rest of the new capital came from the mandatory conversion of subordinated bonds into shares, including those held by insurer Generali (GASI.MI), which is now the bank’s second biggest investor with a 4.3 percent stake.

The state’s holding will probably rise to 70 percent later this year as the government will compensate retail holders of junior bonds by taking on their shares.

Under the terms of the rescue, Monte dei Paschi is selling 26.1 billion euros of bad loans, which will be securitized through a transfer to a privately financed vehicle, with the operation partially funded by bank rescue fund Atlante II.

The bank booked 4 billion euros of writedowns on those loans in the three months to the end of June, as expected.

Burdened by impaired debts and a mismanagement scandal, Monte dei Paschi has for years been at the forefront of Italy’s festering banking crisis. It was forced to request state aid in December after failing to raise money on the market.

EU officials speaking on condition of anonymity have said the state will have to sell its holding in the Tuscan bank by the end of a five-year restructuring plan that runs through 2021, at the latest.

Italy has pledged more than 20 billion euros of taxpayer money to rescue Monte dei Paschi and two other lenders, but the country’s wider financial sector is still weighed down by about 300 billion euros of non-performing loans.

At the end of June, Rome committed up to 17 billion euros to liquidate regional banks Popolare di Vicenza and Veneto Banca though it said the final bill would be much lower and the state might even turn a profit from the deal.

Monte dei Paschi is cutting its workforce by 5,500 to just over 20,000 and shutting almost a third of its branches to ensure it is profitable in the longer term.

Highlighting the challenge ahead, it said net interest income, a measure of how much money it makes from retail banking, fell 12.7 percent in the first half of the year from a year earlier and net commissions dropped by 8.8 percent.

However, the bank, which lost 28 billion euros of commercial deposits last year as frightened customers pulled money out, said current accounts and client deposits had risen by 9.4 billion euros since the start of 2017.

Chief Executive Marco Morelli has pledged to get the bank out of “the emergency room” and restore it to health, targeting a net profit of 570 million euros in 2019 and more than 1.2 billion euros two years later.