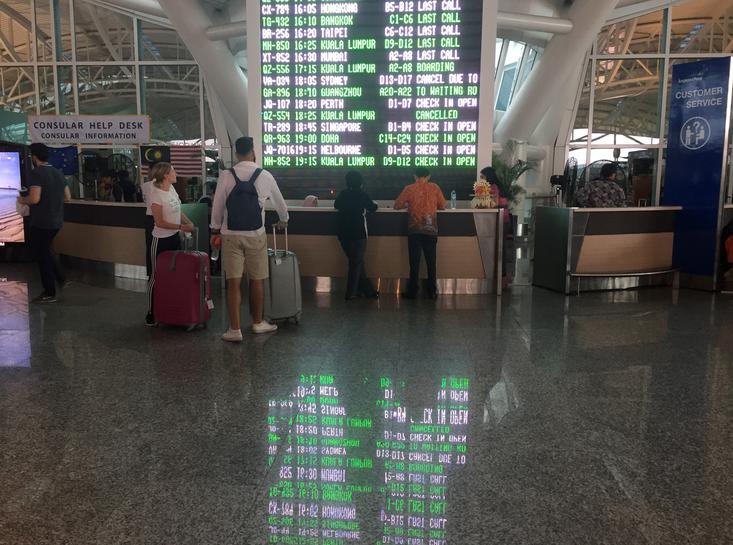 A Bali airport spokesman said the airport was still operating normally, but airlines such as Jetstar and Virgin Australia had opted to cancel some flights

“Bali flying conditions expected to be clear throughout the day, but forecast for tonight has deteriorated so several flights have been canceled,” Australian budget airline Jetstar said on its Twitter account.

The erupting volcano had closed the airport for much of this week, stranding thousands of visitors from Australia, China and other countries, before the winds changed and flights resumed

Twenty flights were canceled on Friday evening due to concerns over ash. Some airlines including Malaysia’s AirAsia Bhd have said they would only operate out of Bali during the day, as the ash could impair visibility at night and wind conditions in the area were unpredictable.

There are also concerns over changing weather conditions with a tropical cyclone south of Java island impacting weather and wind in the area, including for Bali, the Indonesian Meteorological, Climatological and Geophysics agency said

With some airlines continuing to fly normally on Saturday, there was frustration among passengers.

Australian couple Justine and Greg Hill were on holiday with their two teenage children and had been due to fly out today but their flight later this evening was canceled.

“It’s more an inconvenience than anything. Don’t understand why if other airlines are flying, some others aren‘t. Obviously there must be safety protocols but there’s no detailed explanation,” said Greg Hill, 46, who was waiting at the airport.

Several foreign consulates have set up booths in the international departures area to assist stranded passengers.

Subrata Sarkar, India’s vice consul in Bali, told Reuters at the airport’s international departure area that they had helped around 500 passengers so far this week.

”We have advised citizens the volcano may erupt. We never say ‘please don’t come’. But we have issued travel advisories. If it’s urgent business, then ok, but if it’s only tourism, then plans should be reconsidered,” said Sarkar.

For an interactive graphic on Mount Agung volcano, click – tmsnrt.rs/2hYdHiq

For a graphic on the Pacific “Ring of Fire,” click – tmsnrt.rs/2BjtH6l