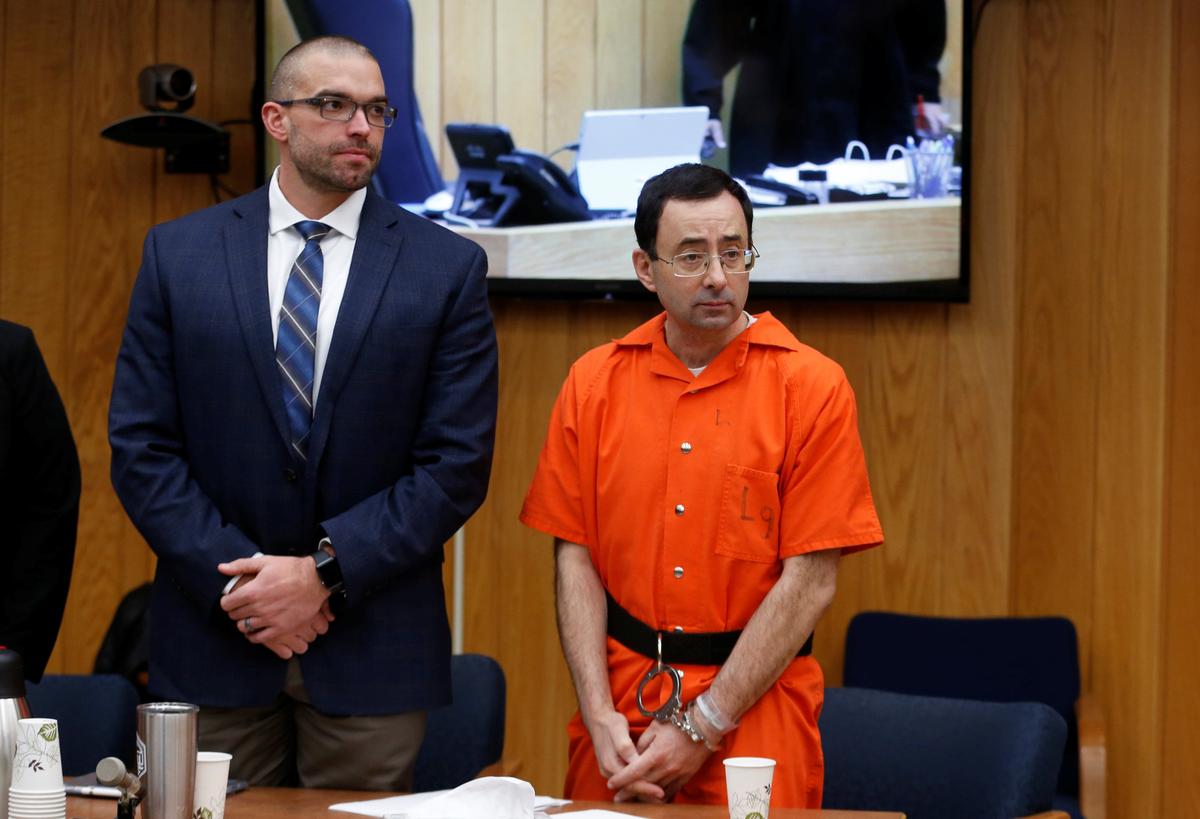 (Reuters) – Dozens of victims of former USA Gymnastics doctor Larry Nassar are expected to detail their traumatic ordeals in a Michigan courtroom on Friday, as fallout from the sex abuse scandal widens.

Nassar, 54, has already been sentenced to 40 to 175 years in prison for molesting young female gymnasts under the guise of medical treatment, after more than 150 victims offered anguished accounts of his years of abuse. He is also serving a 60-year federal term for child pornography convictions.

The latest sentencing hearing in Eaton County, which saw around 30 women testify during its first day on Wednesday, is related to a separate set of charges to which Nassar pleaded guilty as part of an agreement with prosecutors.

His case has sparked broader outrage after numerous victims accused USA Gymnastics, the sport’s governing body, and Michigan State University, where Nassar worked, of failing to investigate complaints about him going back years. U.S. Olympic officials have also been criticized by some of the sport’s biggest stars, including gold medalists Aly Raisman, Simone Biles and McKayla Maroney.

On Thursday, the police department in Meridian, Michigan, apologized publicly to one victim for declining to press charges against Nassar in 2004 when she reported that he abused her. The Wall Street Journal also said on Thursday that U.S. Olympic officials did not intervene after being told in 2015 that USA Gymnastics had uncovered possible abuse by Nassar.

USA Gymnastics’ board of directors resigned en masse last week in the wake of Nassar’s sentencing, as did the president and athletic director of Michigan State. The scandal has prompted several investigations into those institutions.

Nassar faces a minimum of 25 years in prison in Eaton County, even though he is already assured of spending the rest of his life in prison.