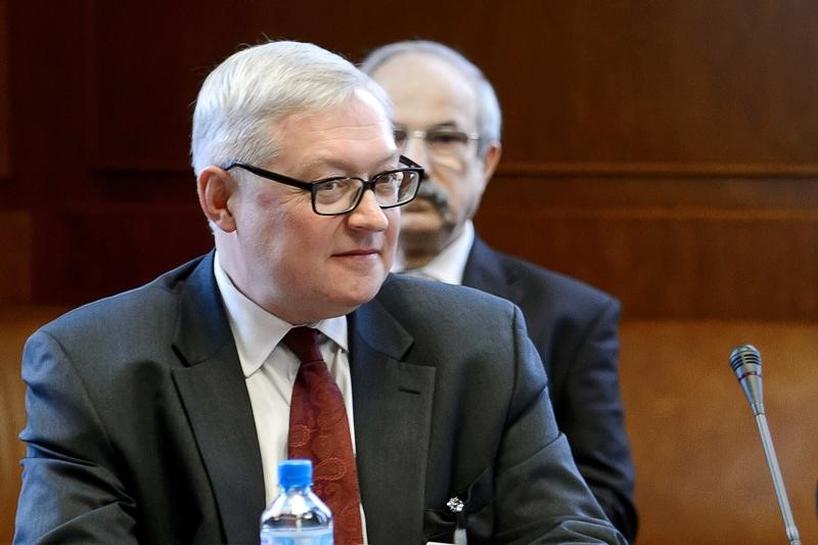 MOSCOW (Reuters) – Russia warned on Wednesday that new U.S. sanctions against Moscow approved by the House of Representatives take already battered ties into uncharted waters and said it was close to taking retaliatory measures of its own.

Russia was responding after the U.S. House of Representatives overwhelmingly voted to impose new sanctions on Moscow and to force President Donald Trump to obtain lawmakers’ permission before easing any sanctions on Russia.

Moscow had initially hoped that Trump would work to repair a relationship which has slumped to a post-Cold War low, but has watched with frustration as allegations that Moscow interfered with last year’s U.S. presidential election and concerns over Trump associates’ Russia ties have killed off hopes of detente.

On Wednesday, Russian Deputy Foreign Minister Sergei Ryabkov told the Interfax news agency the latest U.S. sanctions move left no room to improve ties between Moscow and Washington in the near future and took the relationship into uncharted waters.

“This is already having an extremely negative impact on the process of normalizing our relations,” Ryabkov told Interfax.

U.S.-Russia relations were entering “uncharted territory in a political and diplomatic sense,” he added.

Russia has repeatedly warned the United States it will retaliate against what it sees as hostile moves and Ryabkov made clear Moscow was growing tired of showing restraint.

The Russian Foreign Ministry said earlier this month that too many American spies operated in Russia under diplomatic cover and that it might expel some of them to retaliate over Washington’s expulsion of 35 Russian diplomats last year.

That warning reflected rising frustration in Moscow over the Trump administration’s refusal to hand back two Russian diplomatic compounds which were seized at the same time as the diplomats were sent home.

Many Russian politicians believe Trump’s political opponents and Congress have successfully reduced the U.S. president’s room for maneuver on Russia to almost nil.

Ryabkov told Interfax the new sanctions bill was the “brainchild” of U.S. Congressmen who hated Russia and wanted to box in Trump.

Konstantin Kosachyov, who heads the foreign relations committee in Russia’s upper house of parliament, called on Moscow to devise a “painful” response to the U.S. move.